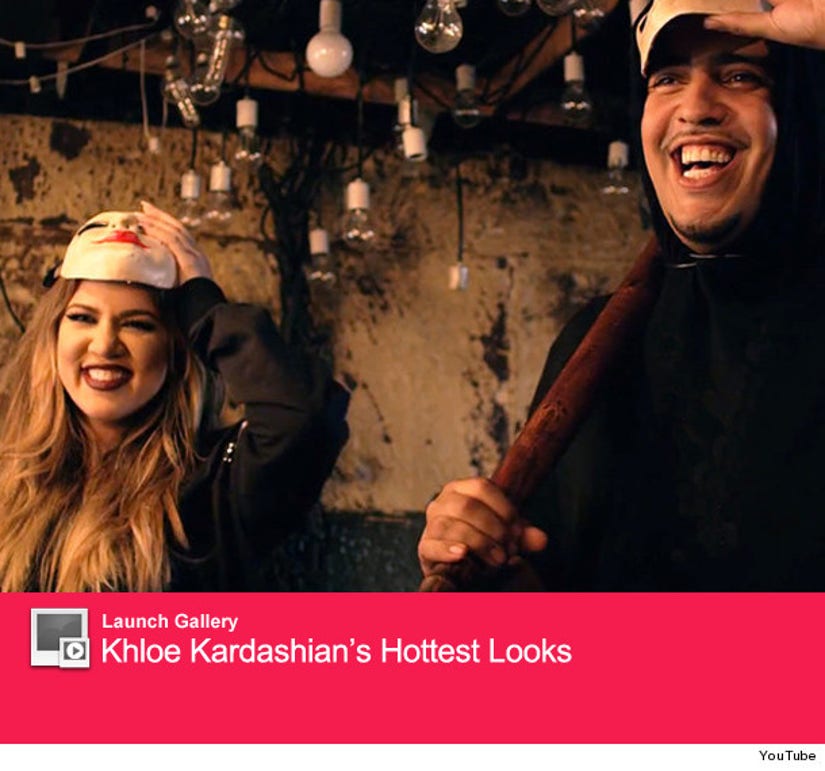 French Montana released the music video for his latest single "Don't Panic" on Wednesday -- and it's straight out of a scary movie.

The reality star makes a cameo in the four-minute clip, which gives us major shades of "The Purge," "Saw" and "V for Vendetta."

Filled with frightening masks and a screaming victim, the video also shows glimpses of French rapping in a lit room by himself. Check out the video below to see Khloe's music video debut!

The "Keeping Up with the Kardashians" star recently celebrated her 30th birthday with her beau -- and her family -- in Las Vegas.

Sporting a very short sparkly black mini with semi-sheer cutouts, the brunette beauty looked sexier than ever -- popping out that famous family booty on the red carpet. With her blonde locks in loose waves and a pale pink lip, this might be one of Khloe's hottest looks to date. 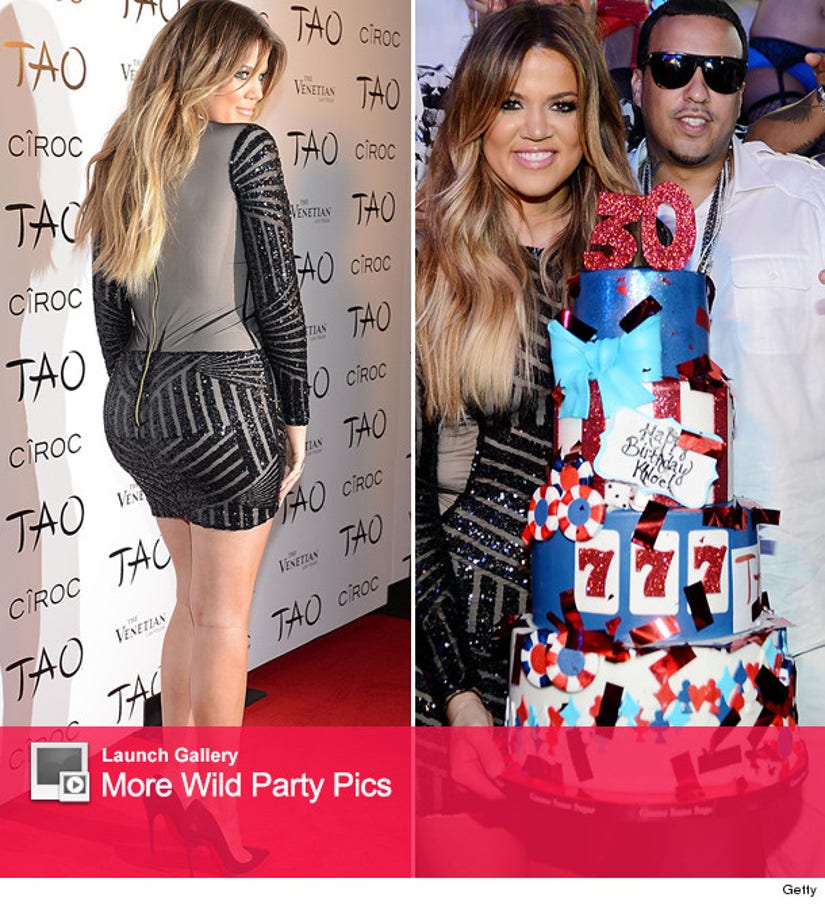 This was Khloe's third big celebration, who had a big family dinner on the eve of the actual birthday in NYC and a yacht party the following evening. Montana went all out for his girlfriend, presenting her with a $25,000 gold ring and a Jeep Wrangler Sahara.

This couple seems to be getting serious!

Do you like Khloe and French together? Sound off below. 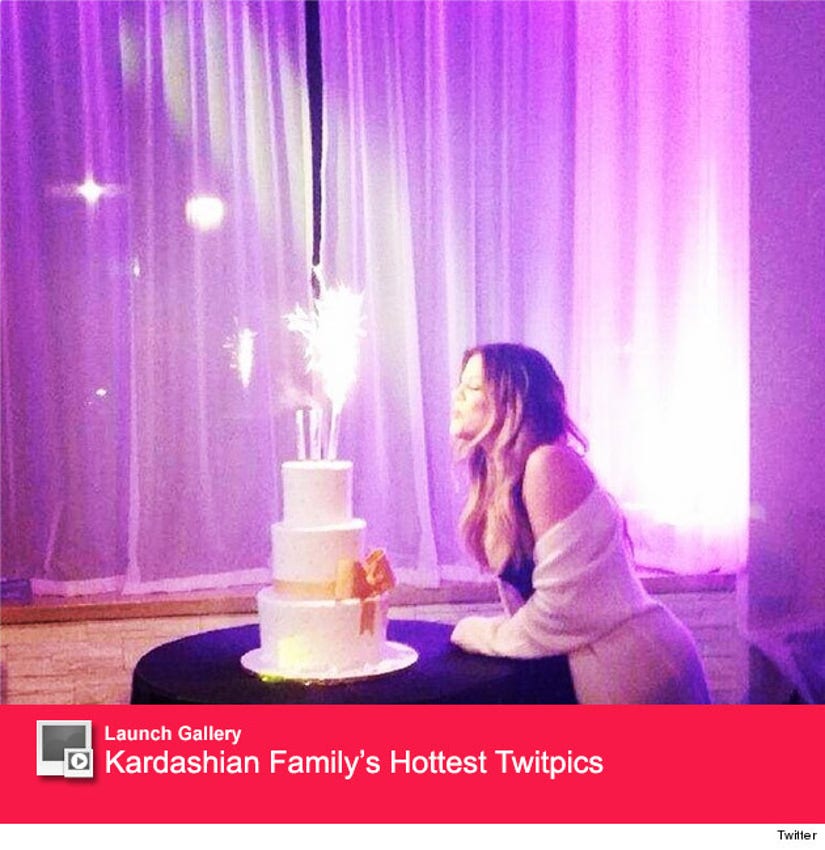