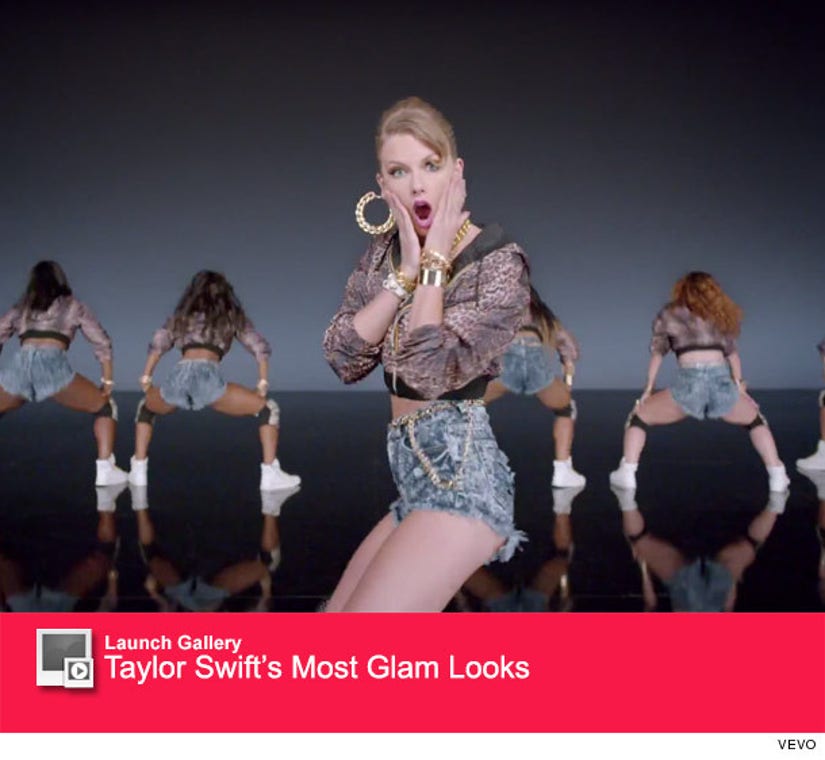 After dropping hints via social media over the past two weeks, the "Red" singer gathered fans for a Yahoo/ABC worldwide event on Monday, streaming live from New York City.

The country cutie announced some BIG surprises, revealing plans for a new, '80s-inspired pop album called "1989" and sharing the music video for "Shake It Off," the first single off her upcoming album.

"I have a new song I'm going to play you in thirty seconds," she explained. "The idea that I've had to learn a pretty tough lesson in the last couple of years: people can say what they want about us, at any time ... and we cannot control that. the only thing we can control is our reaction to it. I figure we have two options: we can let it change you ... option two, is you just shake it off."

In the video, T. Swift ignores all the haters and "shakes off" their negative comments, showing off her dancing skills (or lack thereof) in a series of genres.

"Basically, this is a song I did with Max Martin and Shellback," she said, referring to the "I Knew You Were Trouble" songwriters.

We have to admit, the song is very catchy -- check out the clip above!

Swift noted that her fifth studio album is named after her birth year and will hit shelves Oct. 27. It is currently available for pre-order.

Are you excited for her new sound? Sound off below.