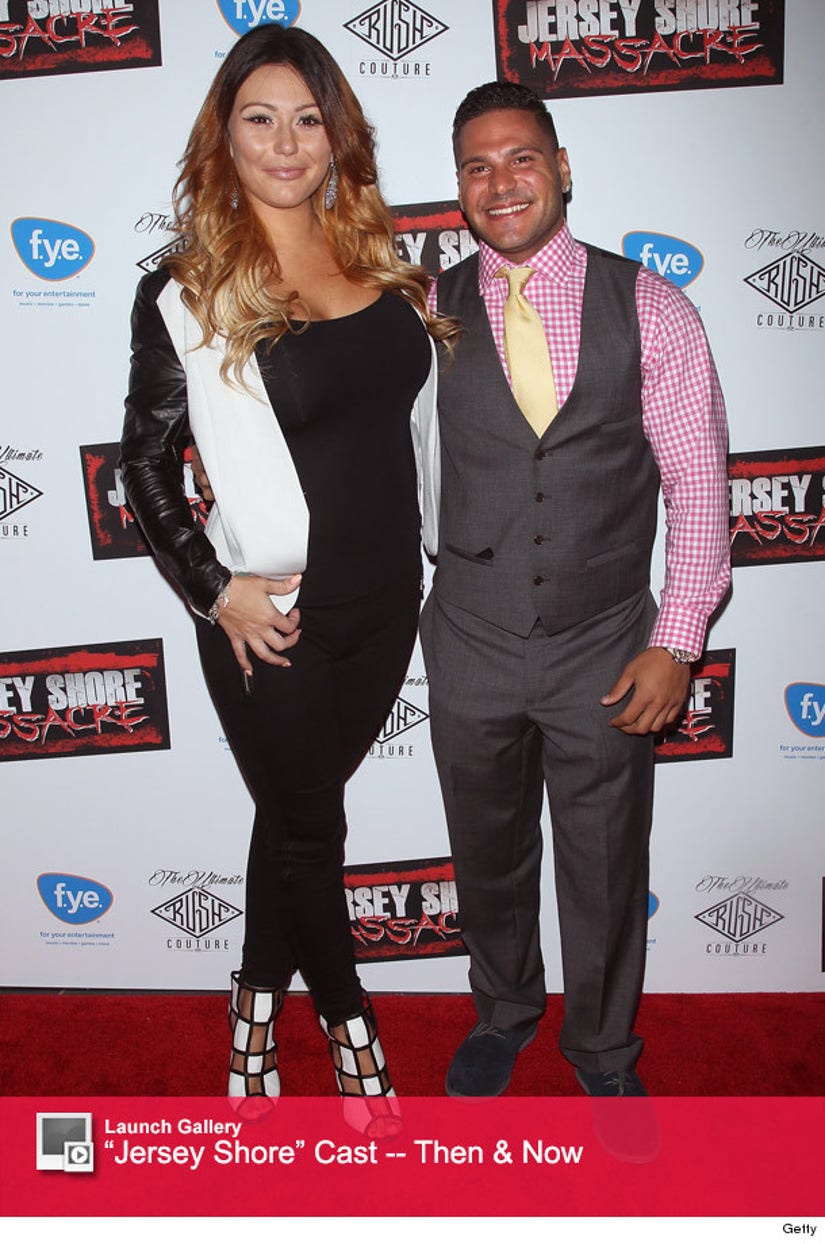 JWoww had a mini "Jersey Shore" reunion at the New York premiere of "Jersey Shore Massacre" on Tuesday night.

Rocking a black and white jacket, black pants and geometric open-toed stilettos, the reality star showed off her post-baby body on the red carpet, posing with her MTV costar Ronnie Magro.

The "Jersey Shore" hunk looked dapper in a slacks, a matching vest and a pink-checkered shirt.

The new mom is the executive producer of the flick, which assembles a fictional group of pumped-up "Jersey Shore"-esque characters -- and then sends a masked maniac after them.

"Don't take it so serious. It's a comedy," Farley told NJ.com.

The brunette beauty also revealed that she often fantasized about her own "Jersey Shore Massacre" while filming the MTV series.

"Oh my God, are you kidding me, that was like every day!" she admitted. "I wanted to choke out my roommates half the time — that's why we made such good TV. We're all Type A personalities, and as much as we love each other, there's that passion, those extremes. So yeah, sure, sometimes I wanted to kill them. This movie is my way of doing it.

Not only is Jenni promoting her new movie, but she's also taking care of baby Meilani. "I tell you, she's kicking my butt, but I freaking love it, I can't get enough," she said. "I've never been so sleep-deprived but I'm so infatuated I don't even care."

Check out the first photos of the little one HERE!

Click "Launch Gallery" above to see the rest of the "Jersey Shore" cast now, and watch the trailer for JWoww's movie below.