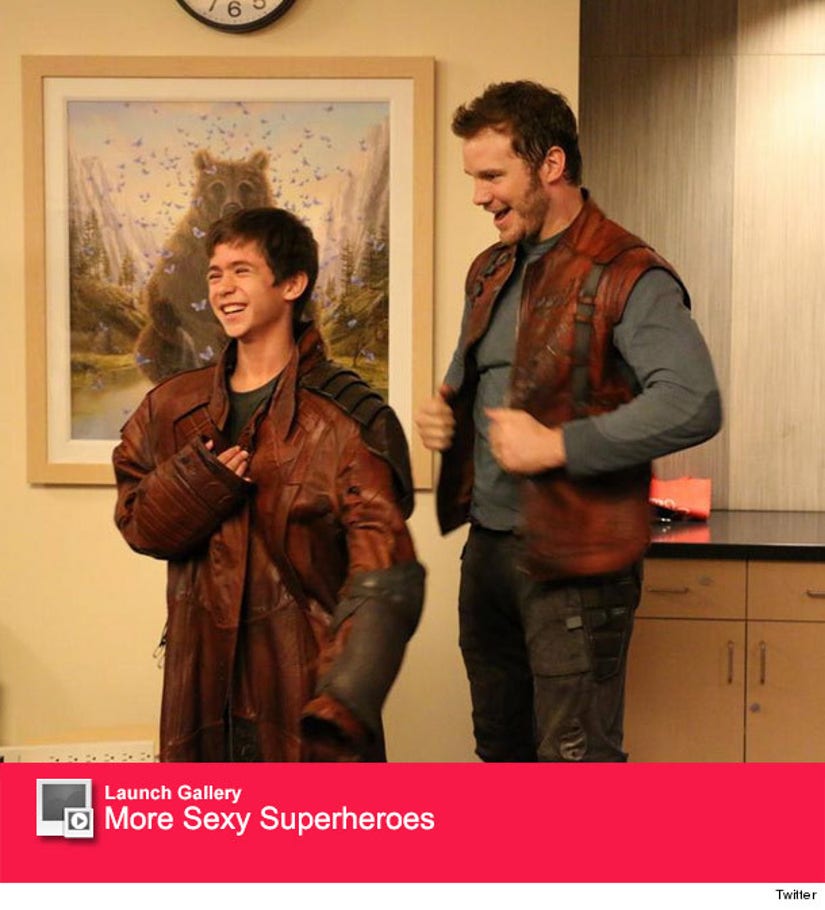 If Chris Pratt hasn't stolen your heart yet ... he will now!

The actor, along with Marvel and Children's Miracle Network Hospital, arranged a special screening his summer blockbuster, "Guardians of the Galaxy," for the patients, family members and staff at Children's Hospital Los Angeles on Wednesday.

The best part: He even got into his Star-Lord costume for the fun-filled day with his fans!

After the movie ended, Pratt reportedly took photos and signed autographs for everyone. The organization later tweeted, "Thanks for making them smile!" 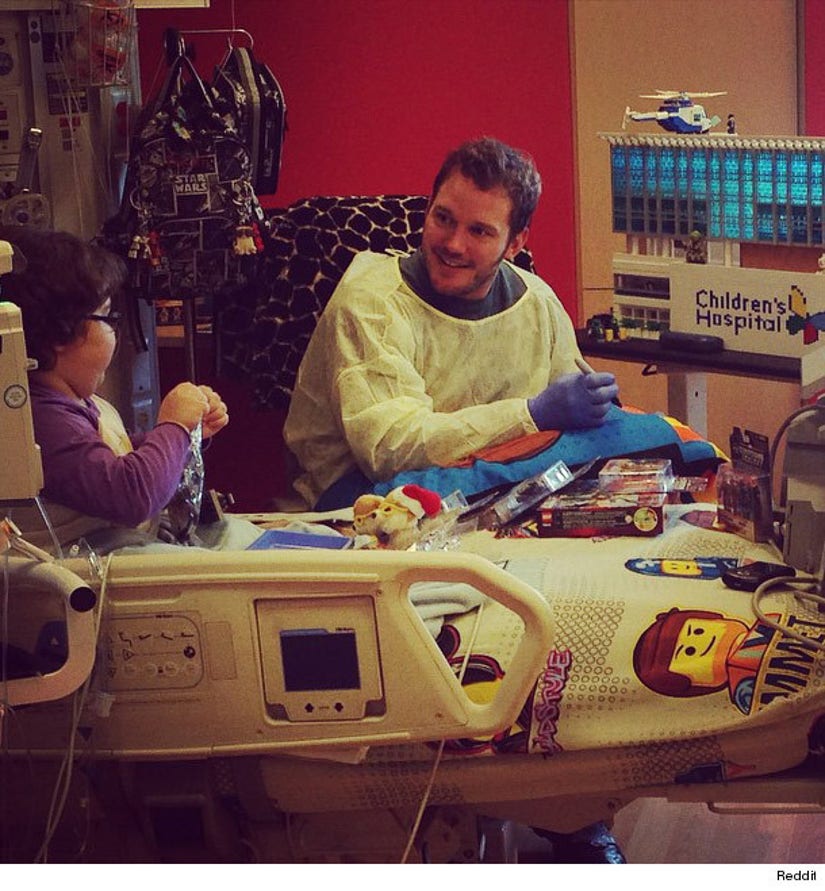 The hunky star, who voiced the lead role of Emmet Brickowski in "The Lego Movie," also spent some quality time with Dylan Prunty, a boy with a mitochondrial disorder who's been dubbed "Lego Kid" for his love of the toys.

Reddit user Angelkirie posted this sweet snapshot above of Pratt and his young fan.

In a recent interview with Panzer TV, the 35-year-old explained that he took home pieces of his "Guardians" costume for precisely this season.

"I stole the jacket and some of the wardrobe so that, if this movie comes out and does what everyone hopes it can, I can follow the example of someone -- say, like, a Russell Wilson, you know -- and go visit kids," he said, referring to the Seahawks quarterback who makes weekly visits to Seattle Children's Hospital.

Gotta love a man who gives back -- check out the cute clip below!

Click HERE to see Chris Pratt's 5 Best Moments from the "Guardians of the Galaxy" Press Tour.