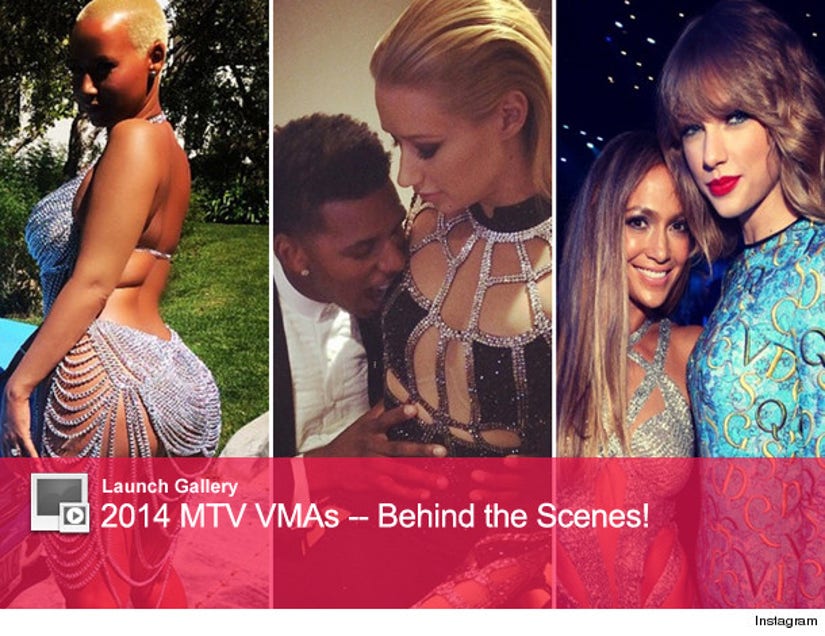 When it takes less than 5 minutes for the first wardrobe malfunction, you know it's going to be a crazy night.

From Beyonce's amazing performance to some secret hookups that eagle-eyed viewers caught on MTV's online streams, there's a lot to talk about from this year's Video Music Awards.

Here are the 6 moments we just couldn't get enough of:

1.) While it went down at the very end of the show, the biggest thing to happen on Sunday night was Beyonce's epic finale.

After performing a medley of songs from her new album, including "XO," "Partition," "Blow," "Blue" and "Drunk In Love," Bey's husband Jay Z and adorable daughter Blue Ivy presented her with the Michael Jackson Video Vanguard Award.

Knowles was moved to tears and so was everyone watching from home. THAT's how you close out a show ... and kill all those split rumors at the same time! 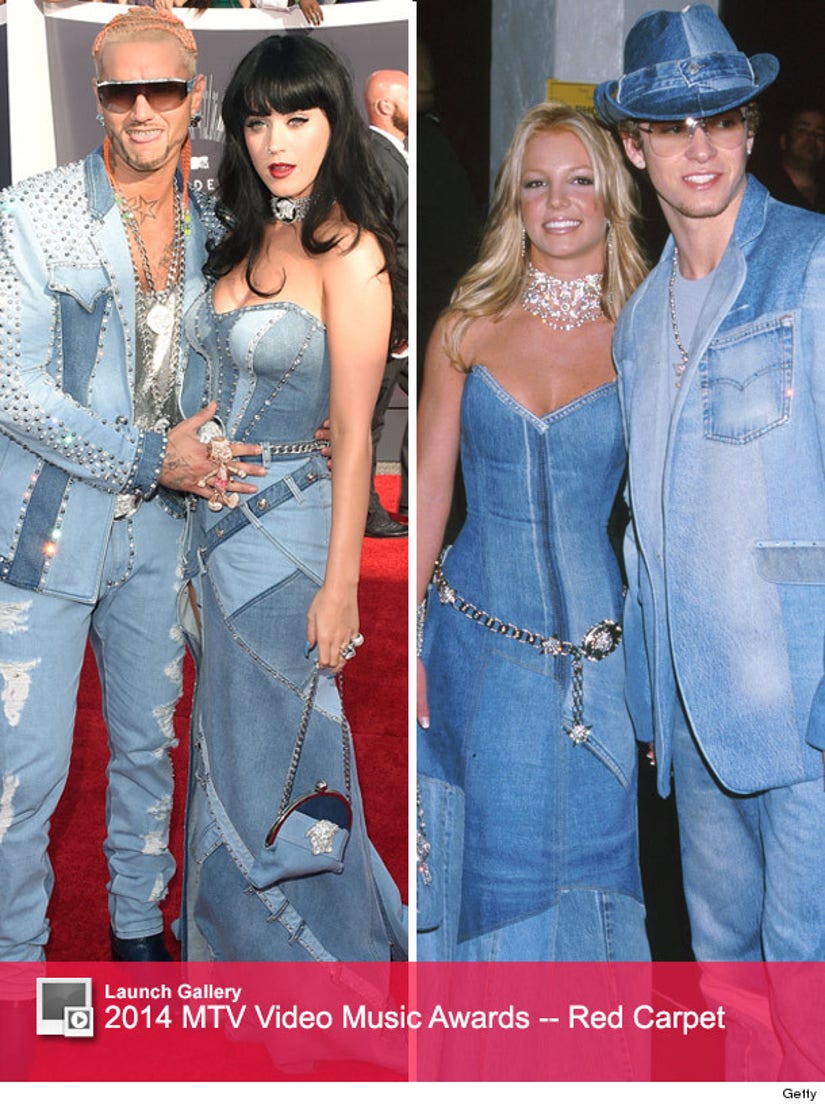 2.) While Amber Rose had people talking with her crazy revealing dress, our favorite moment from the red carpet was definitely Katy Perry's arrival with Riff Raff.

The two channeled Britney Spears and Justin Timberlake's infamous all-denim outfits from 2001 -- and we LOVED it.

3.) The 2014 MTV Video Music Awards opened up with Ariana Grande, Nicki Minaj and Jessie J performing their latest hit, "Bang Bang" -- but one of 'em didn't have enough time to get dressed!

Minaj had just finished performing some of her booty-shaking anthem "Anaconda" before joining the other two on stage for her rap in the group's song. One problem: She had to hold onto her dress so she wouldn' expose her chest. She looked really uncomfortable and the whole thing came off incredibly awkward.

4.) Though she walked the red carpet solo, Jennifer Lopez was spotted with possibly on-again boyfriend Casper Smart on one of MTV's behind-the-scenes cameras.

It looks like he was serving her some Skittles while sitting in the row in front of her. How sweet, right?

5.) Another candid moment that EVERYONE is talking about happened after Ariana Grande won her trophy for Best Pop Video.

It's not her win that started trending on Twitter though, but how she celebrated. The singer was seen on the backstage camera holding hands with rumored boyfriend Big Sean -- seeming to confirm they're actually an item.

Big Sean was engaged to Naya Rivera earlier this year, but the two split and the "Glee" star ended up tying the knot to someone else this summer.

6.) Miley Cyrus is one polarizing celebrity, but she used her one win at the VMAs to bring attention to something far more important than her: Homeless youth.

Instead of going on stage to collect her trophy for Video of the Year, she had a young man named Jesse go up in her place and share his story with the audience. It was a touching, real moment.

And see even more can't-miss moments from the show below: