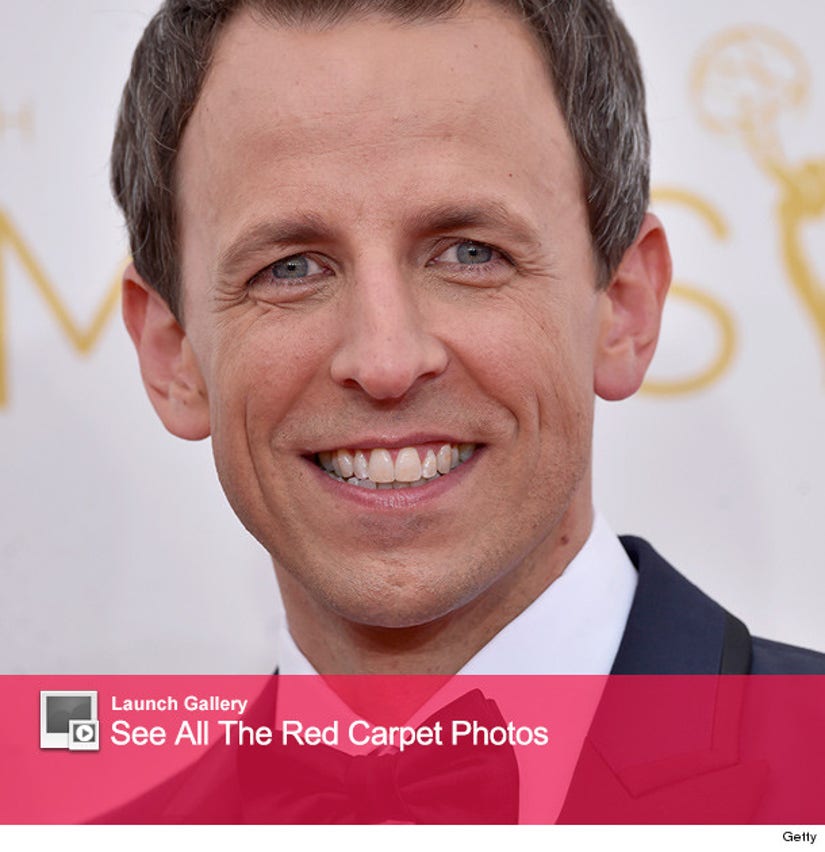 Seth Meyers is taking on the tricky task of hosting the Primetime Emmy Awards this year -- and, so far so good!

The comedian's opening monologue hit all the right notes, joking about HBO and streaming services like Netflix dominating the nominees this year ... and even taking aim at NBC, the network hosting the awards this year.

Check out some of his best jokes below ...

On his own material: "Jokes are like nominees. They can't all be winners."

On sitting in the audience at the Emmys: "Here everyone just sits silently in the same place and waits for the pills to kick in. Tonight we're all crazy eyes."

On why shows kill off their stars: "Otherwise, before you know it, you're paying Sheldon [Jim Parsons on "Big Bang Theory"] a million dollars an episode."

On HBO's popularity: "Congratulations to HBO. They have 99 nominations tonight, the most by any network. Not to be outdone, NBC is also a network. HBO is like the kid you grew up with who ended up doing way better than you expected. When I first met HBO all you had was Grease 2 and Fraggle Rock!"

On streaming TV taking over: It's not very nice when something younger comes along. Cable looks at streaming like Justin Bieber looks at One Direction ... through a cloud of marijuana smoke."

On how we watch TV: "The most DVRed show of the past season was 'The Blacklist.' 'Game of Thrones' was the most pirated and 'Duck Dynsaty' was the most VCR taped."

How do you think he did? Sound off below!