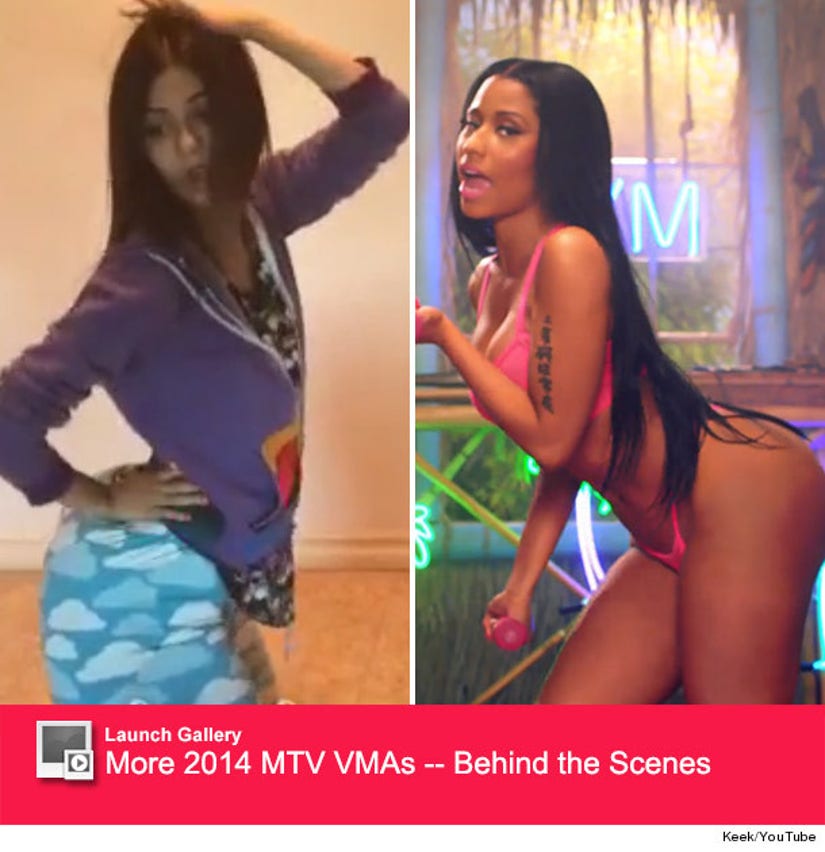 Victoria Justice has booty for days!

The "Victorious" star took to Keek to share a clip of herself dancing to Nicki Minaj's "Anaconda" —complete with a pillow stuffed-butt.

In the video, the pint-sized brunette calls the character her "alter ego" as she twerks in a pair of cloud print pajamas to the sexy track.

"My take on #anaconda #bunzhun #VickiMinaj," she captioned the funny video.

On Sunday, the 2014 MTV Video Music Awards opened up with Ms. Minaj, Ariana Grande and Jessie J performing their latest hit, "Bang Bang" -- but Nicki have enough time to get dressed!

The rapper had just finished performing "Anaconda" before joining the other two on stage for her part in the group's song. One problem: She had to hold onto her dress so she wouldn' expose her chest.

She looked really uncomfortable and the whole thing came off incredibly awkward -- check it out below!

Minaj took it all in stride the next day on Twitter, writing, "God is good. As long as a nipple didn't come out to play, I'm fine…No weak links. There's no greater feeling than having ppl who inspire u and who work passionately and relentlessly to get the job done…Sorry about my zipper."

Nicki clearly has a good sense of humor ... hopefully she appreciates Victoria's impression!