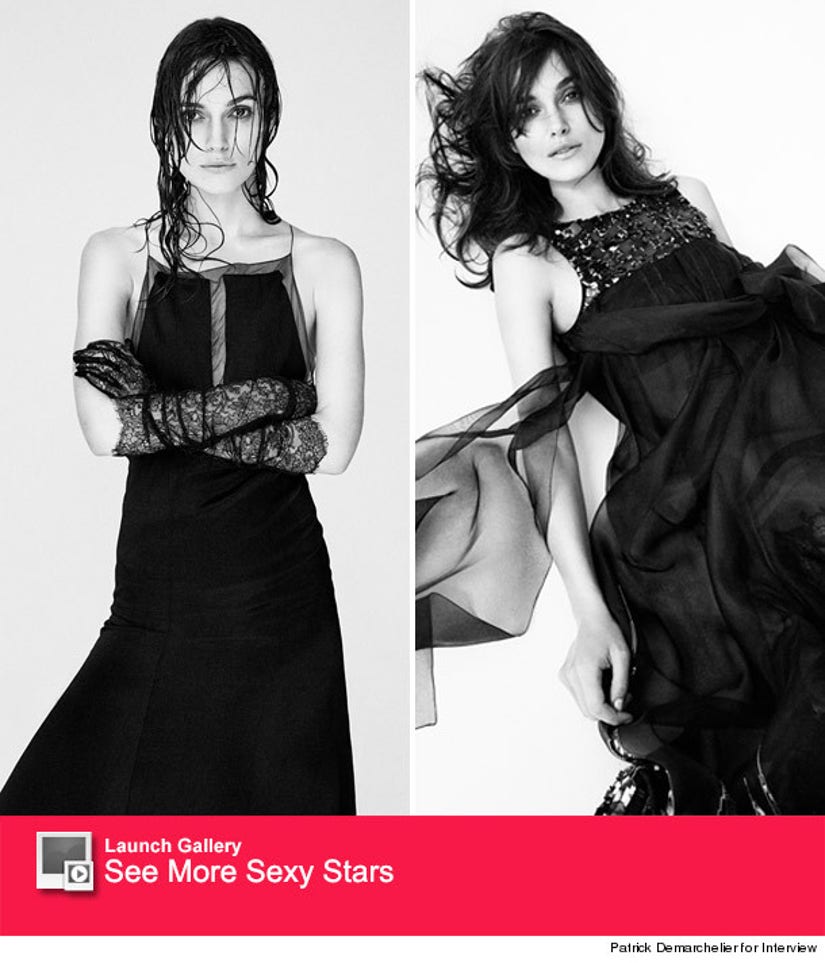 Keira Knightley isn't afraid to bare it all!

The "Atonement" star is gracing the pages of the latest issue of Interview Magazine, where she poses topless in an artistic black and white photo shoot snapped by famed photographer Patrick Demarchelier.

In one pic, the 29-year-old beauty sports nothing but lace opera gloves and black pants. Click HERE to see the uncensored, NSFW photo! 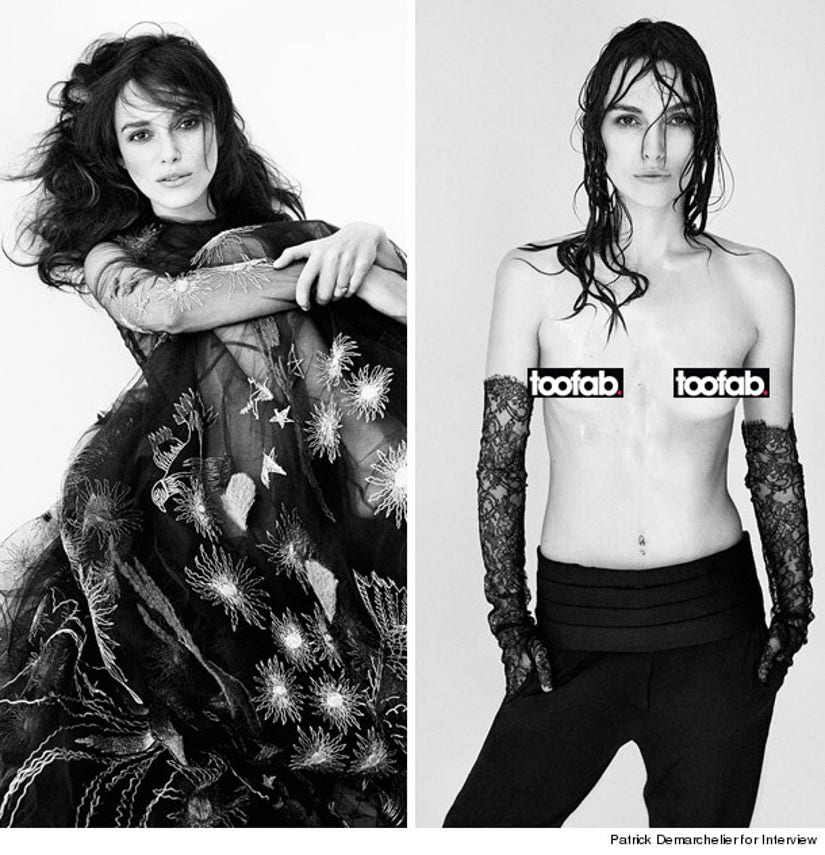 When the actress wasn't half-naked, she was lounging around in gorgeous black evening gowns, which looked stunning against her porcelain skin.

The "Begin Again" starlet recently opened up about the pressure of growing up in the public eye.

The actress told Elle UK that if she had a daughter, she would discourage her from going into the acting business. 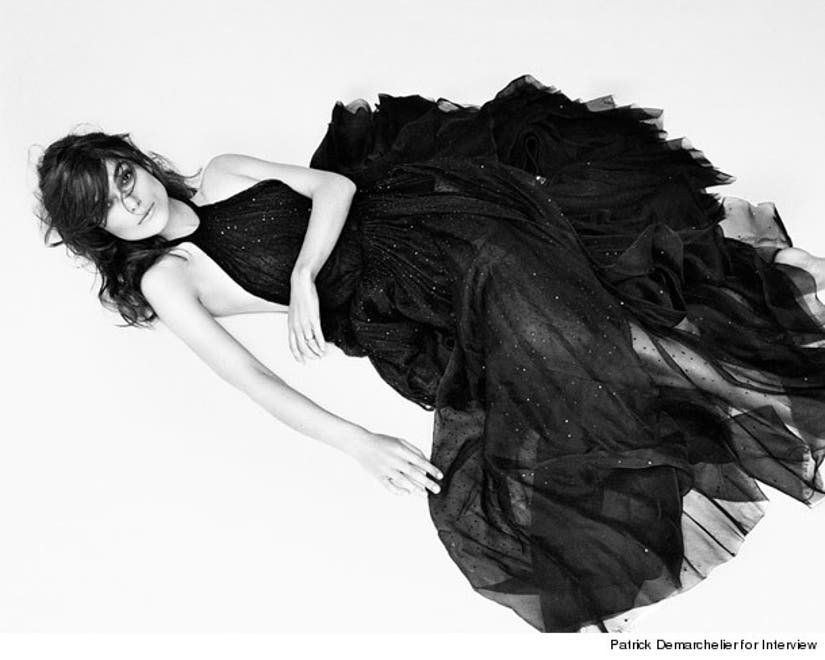 "Oh, 100 percent, I'd absolutely tell her not to," she said. "I would 150 million trillion percent be totally discouraging of [her] doing anything like that."

"Teenage years should be done privately," she added. "You should be going out and getting unbelievably drunk, getting into ridiculous situations, making mistakes. That's what that time of life is about and we should do that privately, one million trillion zillion percent."

What do you think of Keira's candid comments -- and her revealing photos? Sound off below!