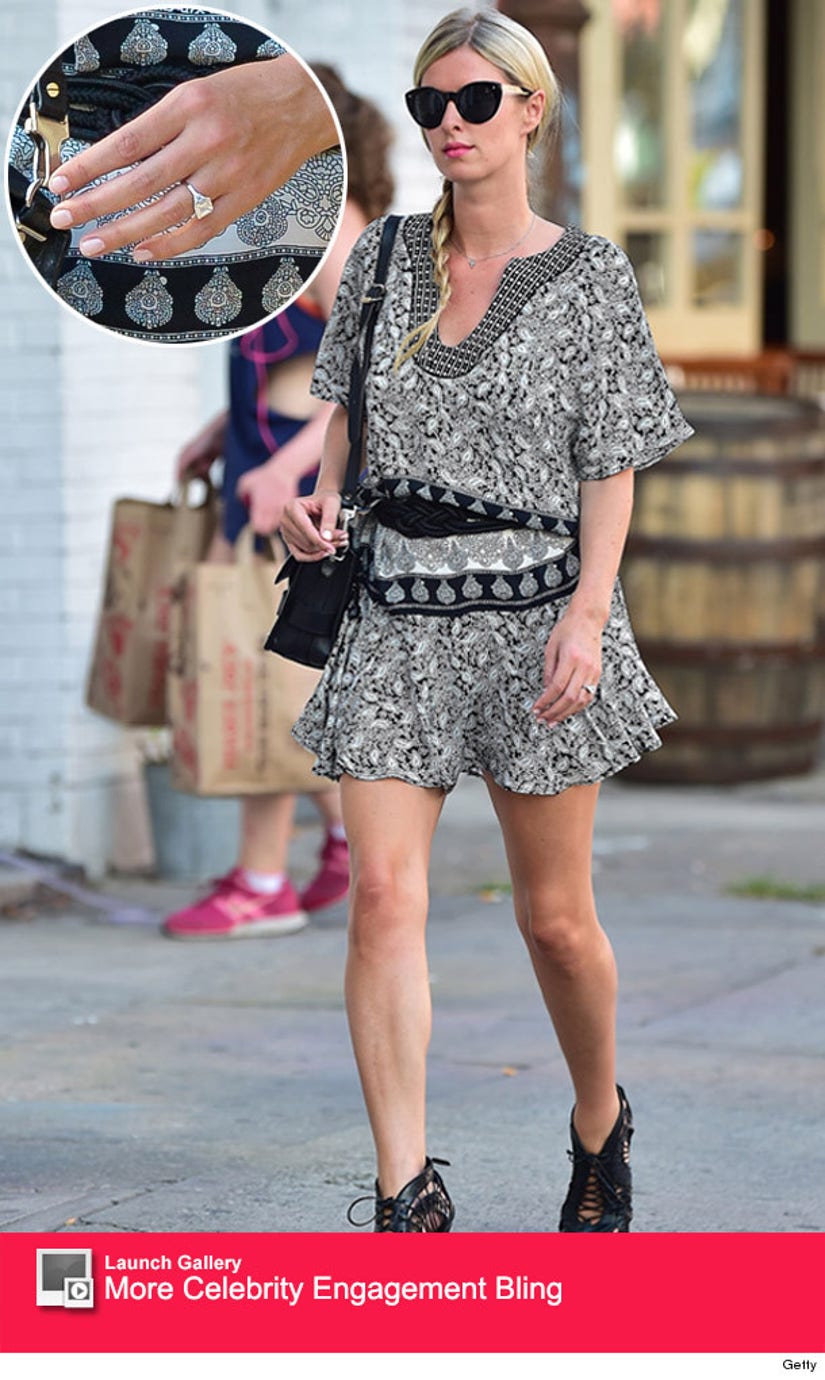 Nicky Hilton is set to marry banker James Rothschild after the two got engaged earlier this month -- and now we're getting a closer look at her new bling.

"The carat size looks between 6 to 8 carats, and the shape looks square, which could be a Royal Asscher Cut," Kathryn Clark from Eshed Diamonds told E! News.

In terms of the color and clarity of the engagement ring, the jeweler said, "It looks white, which means it's probably a collection GIA—meaning either D, E or F color, and most likely a VVS clarity minimum."

Only the best for this hotel heiress!

The couple, who began dating in 2011, were in the middle of a European trip to celebrate their anniversary when Rothschild popped the question.

This will be the second marriage for Hilton, who wed Todd Meister in a quick 2004 Las Vegas ceremony. That marriage was annulled after three months.

Congrats to the cute pair!