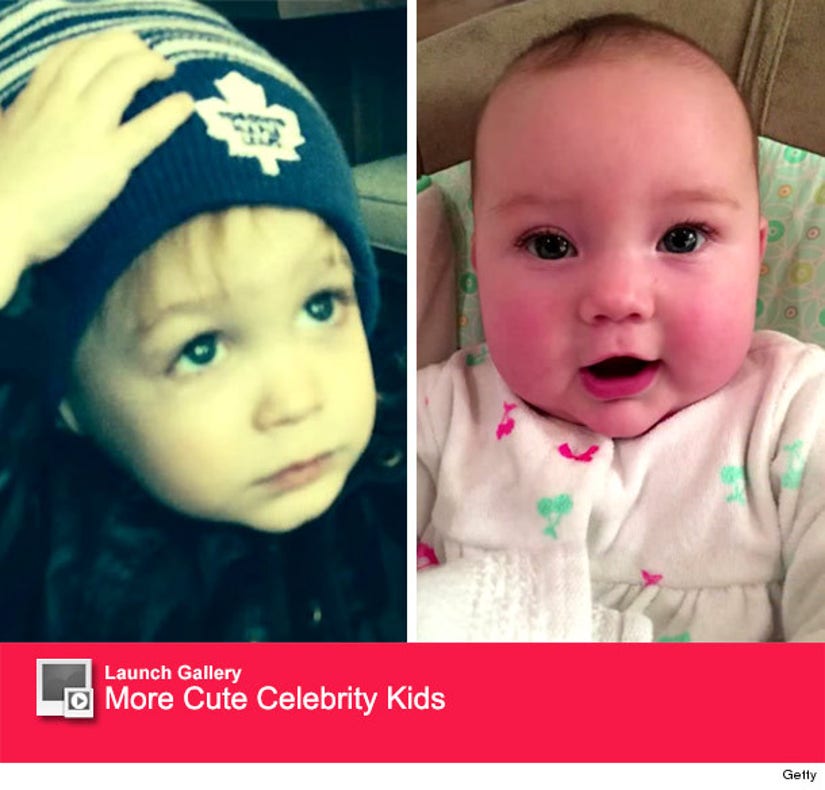 Mike Myers is one proud papa!

The "Austin Powers" star stopped by "The Late Show" on Thursday, where he showed David Letterman the first public pics of his adorable kids, Spike and Sunday.

The late night host had to ask how the actor and his wife, Kelly Tisdale, came up with three-year-old Spike's unusual name.

"Spike is very common Liverpool nickname if your name is Eric," he revealed. He's also a fan of Spike Milligan, the poet and comic.

Of course, he also had a hilarious explanation for his daughter's moniker. "Me and my wife Kelly hate Sundays -- I'm not even kidding -- and we wanted to turn it around and make it a good thing," he admitted.

Regarding the 4-month-old's middle name, the funnyman said, "Molly is because of my auntie Molly in Liverpool, England, who was my dad's sister but more like my grandmother who I love very much and she's my guardian angel."

"He has a weird accent. I'm from Toronto -- I have a Canadian accent -- and my wife's from Boston, but we live in New York City. He has this weird accent," the 51-year-old said before doing an imitation of his cute kid.

Check out the clips to hear more about Mike's kiddos, and click "Launch Gallery" at the top to see more cute celebrity kids!