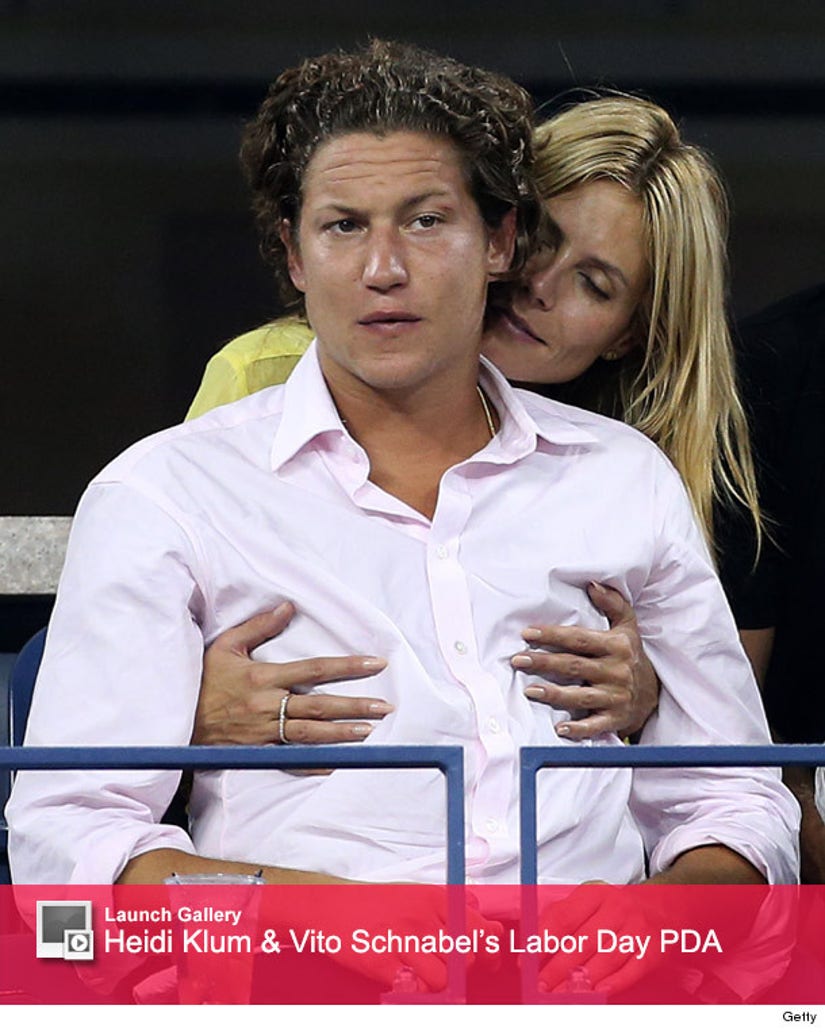 Heidi Klum is a lady in love!

The "Project Runway" star attended the 2014 US Open with boyfriend Vito Schnabel in New York on Monday, where the two just couldn't keep their hands off each other.

In one shot, the model's spotted with her arms wrapped around the art dealer and in other pics she plants a few kisses on Vito

The affectionate pair have been dating since March, and it seems like he really makes her happy.

Klum isn't the first celeb Vito has dated, though. The 28-year-old has been linked to stars like Liv Tyler, Demi Moore and Elle Macpherson -- clearly, he has a thing for older women!

Do you think the 41-year-old and Schnabel make a cute couple? Tell toofab in the comment section below and click "Launch Gallery" above to see more PDA pics from their time at the 2014 US Open.