Ray J is mourning the loss of his other sex tape partner, Joan Rivers.

The R&B singer joined the legendary comedienne in bed earlier this year, when they spoofed his infamous video with Kim Kardashian for Rivers' WeTV show "Joan & Melissa: Joan Knows Best?"

"Joan was a hell of a lady! She was fun and exciting," Ray J tells toofab. "Spending time with her was like roller coaster at Magic Mountain! I will really miss her -- rest in heaven."

Ray J also shared some previously unseen behind-the-scenes footage from the shoot with us (above), showing how excited they both were to be working with each other.

Rivers is seen sporting a smile (and extremely long extensions) in another photo from the shoot below, where she and Ray J are pictured with his manager, David Weintraub. 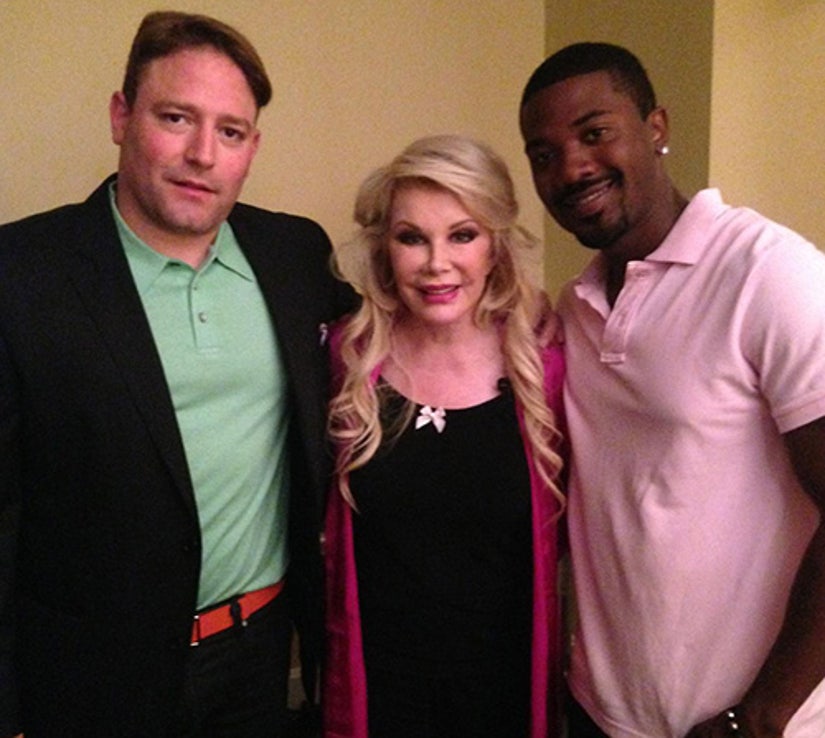 As we previously reported, Rivers passed away last Thursday at the age of 81.