Robert Pattinson has one talented family!

The actor's 31-year-old sister Lizzy Pattinson tried out for "The X Factor U.K." back in July -- and we're getting our first look at her audition tape.

According to The Mirror, Lizzy passed the first round of closed-doors auditions, impressing judges Simon Cowell, Louis Walsh, Cheryl Cole and Mel B with her rendition of Bonnie Raitt's hit, "Feels Like Home."

Most surprising: The show made no mention of her famous sibling. Check out the clip above to hear her sing. 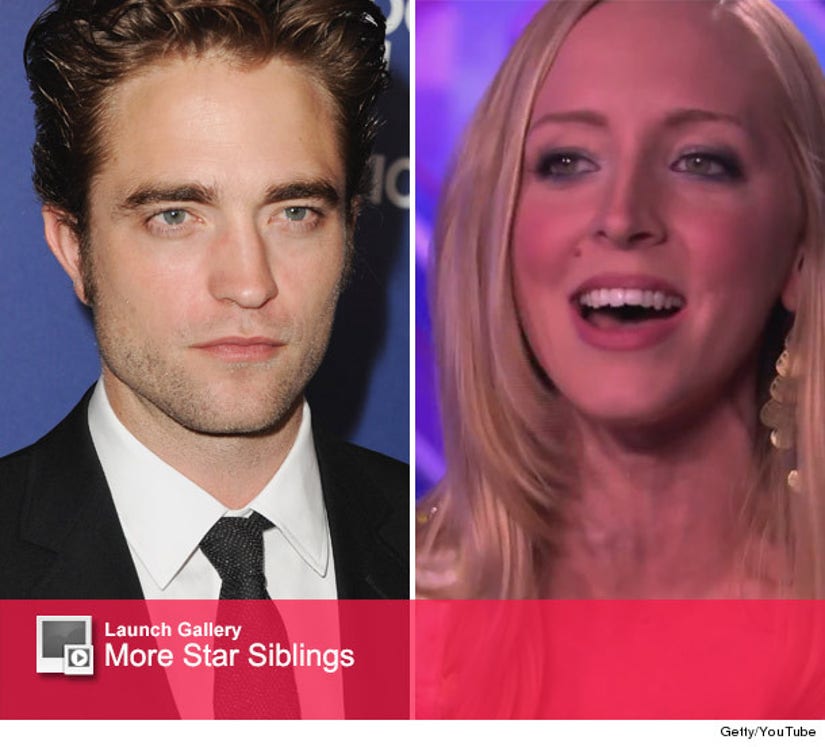 The "Twilight" star recently was asked about his sister's big audition. "I'm like, so ridiculously proud of her," he told Grazia Daily. "I would never have the balls to do that, ever, in a million years. I can't believe she's done it. So, it's amazing."

Lizzy sang background vocals on Carter Burwell's "Twilight" scores and her voice also was featured on Milk & Sugar's 2012 remix of "Let the Sunshine In."

Think Rob will show up to support his sis if she makes it any further?