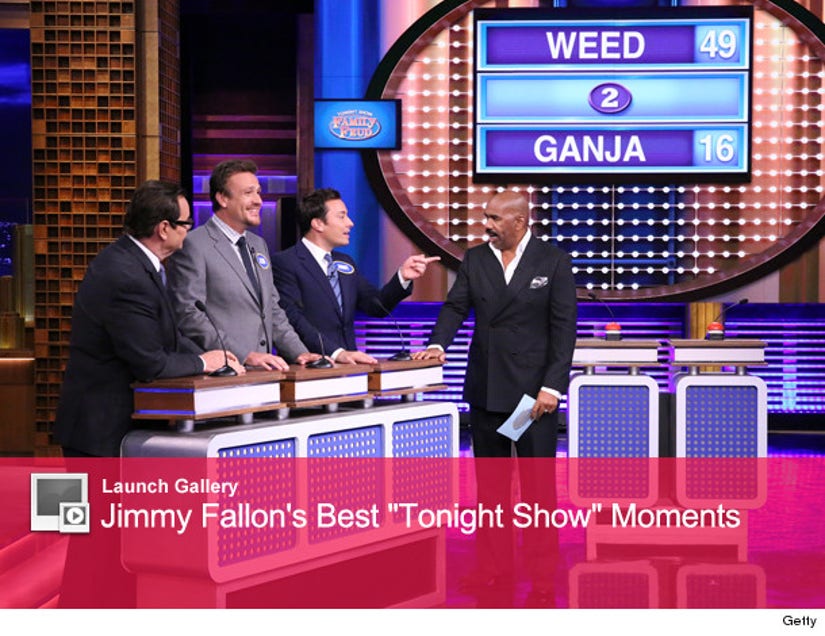 On Monday's "Tonight Show," Jimmy Fallon, guest Jason Segel and announcer Steve Higgins battled it out with The Roots in a hilarious game of "Tonight Show Family Feud."

"From New York, New York, it's the Fallon family! And, from the city of Philadelphia, it's The Roots family!" Harvey said, introducing the two groups.

The teams were asked a series of R-rated questions, including other names for marijuana, instruments least likely to get a band member groupies, and "fill in the blank: I love to play with my what?"

The players didn't disappoint, and both teams revealed answers that left Harvey blushing. Watch the video above to see who took home the "Feud" title!