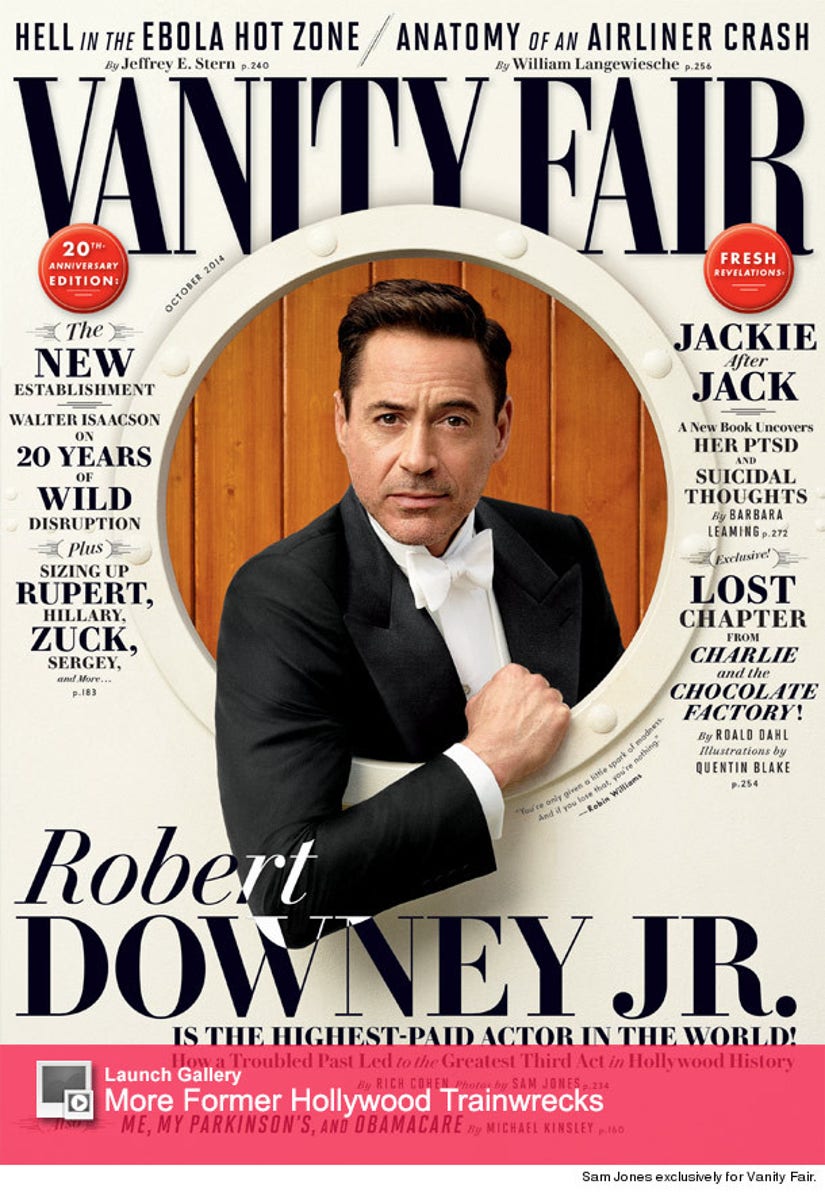 Robert Downey Jr. has come a long ways since his substance abuse days.

The "Iron Man" star covers the October issue of Vanity Fair, where he opens up about his past addiction issues, and sheds light on his son Indio's similar battles with drugs.

When it came to beating his own demons, the actor tells the mag that sometimes age is the biggest factor when it comes to staying on the wagon.

"For some folks it's just a function of age," he tells the mag. "It's perfectly normal for people to be obsessive about something for a period of time, then leave it alone."

In 1996, Downney hit rock-bottom when his neighbors walked in to find him out cold lying on their 11-year-old son's bed. And while the actor says that wasn't something that happened all the time, it did push him to get the help he needed.

"[This was] an uncommon occurrence for me. Happened to be a very public one. I was not a guy who blacked out," he says.

After they highly public incident, Robert spent time in a California Substance Abuse Treatment Facility and State Prison -- and that's when he decided to turn his life around.

"Job one is get out of that cave. A lot of people do get out but don't change. So the thing is to get out and recognize the significance of that aggressive denial of your fate, come through the crucible forged into a stronger metal. Or whatever. But I don't even know if that was my experience. It's funny: five years ago, I would've made it sound like I'm conscious of my own participation in seizing the similarities. But so many things have become less certain. I swear to God. I am not my story," he confesses.

The "Sherlock Holmes" star also suggests that his 20-year-old son Indio has inherited some of his addiction issues. The young aspiring musician was recently charged with felony drug possession.

"He's his mother's son and my son, and he's come up the chasm much quicker than we did," Downey tells the mag.

"But that's typical in the Information Age; things get accelerated. You're confronted with histories and predispositions and influences and feelings and unspoken traumas or needs that weren't met, and all of a sudden you're three miles into the woods. Can you help someone get out of those woods? Yes, you can. By not getting lost looking for them. Pick a dysfunction and it's a family problem."

Hopefully Robert can be the force to help Indio stay clean -- what do you think about "The Soloist" star's candid comments?

Tell toofab below and click "Launch Gallery" above to see more stars who have cleaned up their acts!