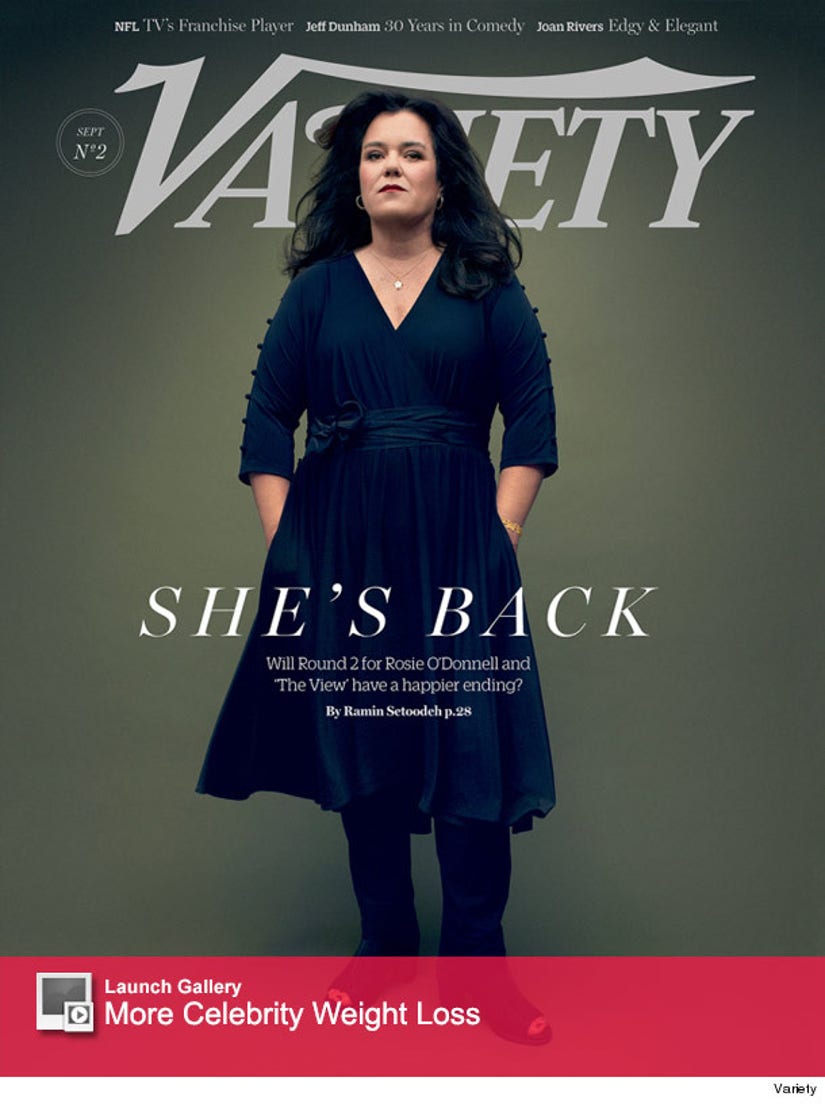 Rosie O'Donnell is happier and healthier than ever.

The outspoken talk show host, who is returning to "The View" for Season 18, opens up in a very revealing interview with Variety about her new (old) gig. O'Donnell, who was previously a host for one very memorable season back in 2007, says she didn't think she would ever go back on the ABC show.

"'I'm never going back. You have to call and tell them,'" she said, recalling a conversation with her longtime publicist, Cindi Berger. '"Call the lawyer. No matter what they say, I will not go back.'"

This time around, she signed only a one-year contract so she can leave if the show doesn't go as planned.

"I think it's going to be must-see TV," she admits. "My goal is to come in peace. And the contrast between what the show will be and what it was is going to be glaring."

Another big change fans will notice is Rosie's physical appearance!

Shortly after exchanging vows in 2012 with Michelle Rounds, the 52-year-old suffered a heart attack. Doctors inserted a stent and saved her life. "When you have a heart attack and almost die, it kind of puts things in perspective instantly, and it did for me," she says.

A year later, she decided to have vertical gastric sleeve surgery, and lost 55 pounds. "I was 230 pounds," O'Donnell says. "I was morbidly obese." She says she can now fit into a size medium T-shirt.

She also tells Ramin Setoodeh that she considered gastric bypass but the thought of possibly "having very poor control of pooping" turned her off of the idea. 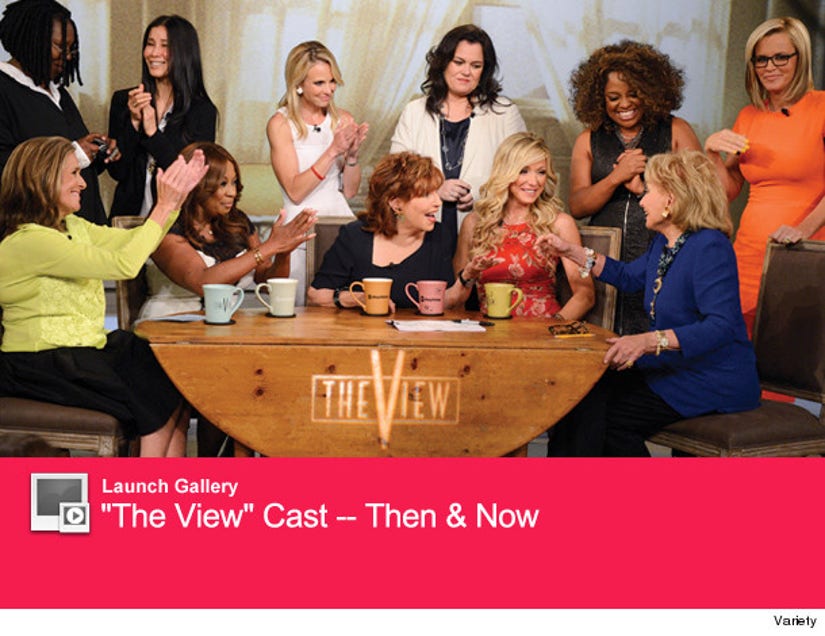 And then there's that very public feud with former co-host Elisabeth Hasselbeck.

The two recently made amends during the reunion show to celebrate Barbara Walters' departure, only to have Hasselbeck go off on "Fox & Friends" about ABC's decision to bring her back.

Who Knew? Rosie O'Donnell Is a Married Woman!

"I've come to expect nothing from her, even though I feel I continually make the effort to break through," she says of Hasselbeck now.

Rosie Perez and Nicole Wallace will join Rosie when the show returns, along with the only remaining host from last season, Whoopi Goldberg.

"The View" kicks off next Monday -- will you be watching?