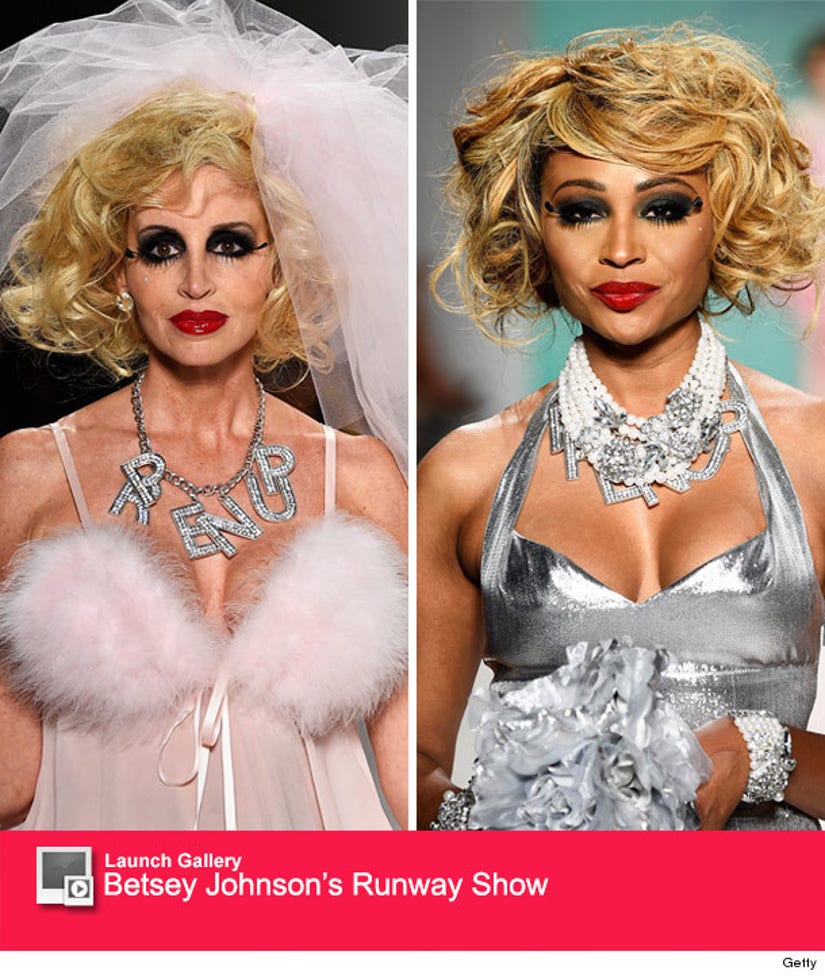 A few of the "Real Housewives" just got some wild makeovers.

Camille Grammer, Cynthia Bailey and Kristen Taekman suited up in extreme makeup, wacky wigs and a whole lotta bling for Betsey Johnson's New York Fashion Week show on Wednesday -- as they hit the runway in a few of the designer's creations.

The women were all styled by Sexy Hair's Artistic Creative Director, Rafe Hardy, and given a look inspired by "the modern day Marilyn Monroe."

At 46, Grammer is no spring chicken compared to most of the models strutting the catwalk this week, and it's something she was nervous about leading up to the event.

In NYC for fashion week. Getting reading to walk the runway for Betsey Johnson. So excited! At my age and after cancer.. A bit nervous 💃💃

The former "Real Housewives of Beverly Hills" star completed treatments for endometrial cancer in January, after catching it in its early stages.

The three Bravolebrities weren't the only reality TV stars on the Johnson runway.

"RuPaul's Drag Race" contestants Sharon Needles and Willam Belli also showed their stuff, while the designer's own "Dancing with the Stars" partner Tony Dovolani also walked out with her.

Johnson will compete on the ABC competition's 19th season, which kicks off next Monday night.