The talk show host returned to daytime television this week with a vengeance, dumping ice on Kim Kardashian, scaring the hell out of Channing Tatum and now, this.

Nothing could have prepared us for this.

Nicki Minaj was one of the guests on today's episode ... and while DeGeneres is known for her dancing, we've never seen her move like this before. The 56-year-old comedienne put her twerking skills to the test while recreating the rapper's booty-filled music video for "Anaconda."

And, well, it was pretty interesting.

Sporting ripped denim short shorts, giant earrings, a sweatband and a t-shirt with the word "Sexy" on it, DeGeneres even cracked herself up trying to pull off some of Minaj's moves.

Nicki's reaction: Shocked laughter while exclaiming "What did you just do?! You are hilarious!"

The appearance comes after Minaj's performance on last night's "Fashion Rocks" special, where she once again shook her moneymaker while singing her new single.

Check out some additional photos from that event in the gallery below. 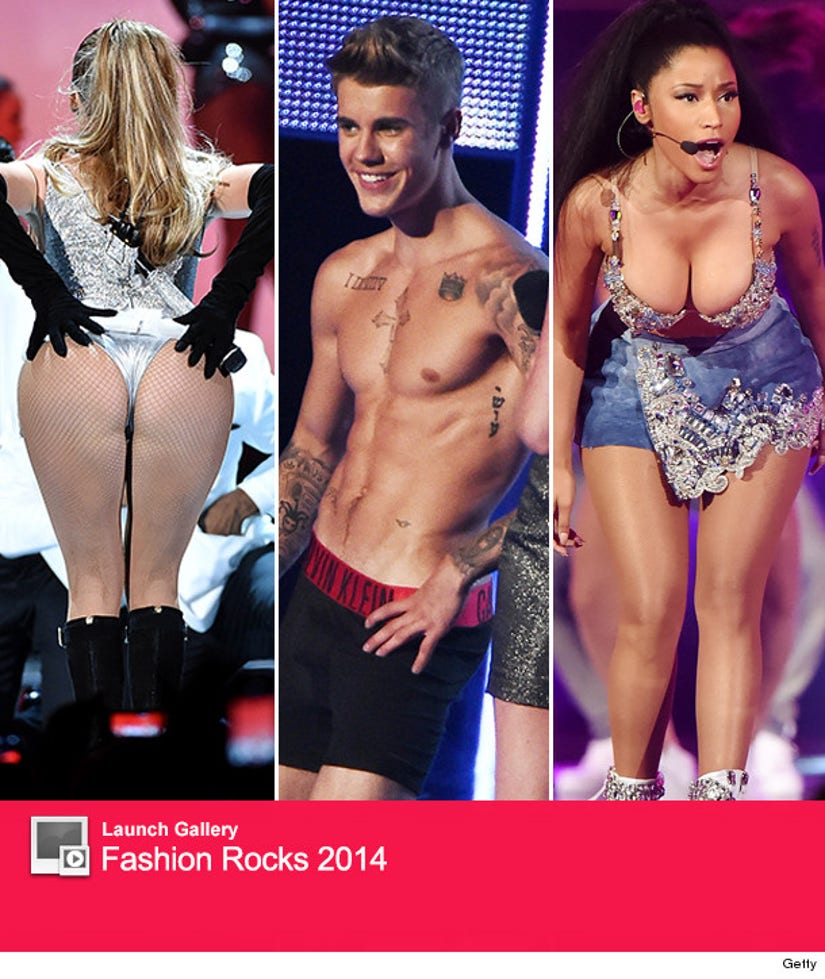