The actor stopped by "Late Night with Seth Meyers" earlier this week, where he shared some fan-written lyrics for the "Jurassic Park" theme song, and performed them for the audience.

Check out the video above to see Jeff's singing skills!

Seth joked with Goldblum after the performance, telling the 61-year-old that he likes the song better without lyrics.

But Goldblum disagreed with the late night host, "Really?" he asked. "I think it was a big mistake."

The "Portlandia" star made headlines earlier this summer, when he proposed to his 31-year-old girlfriend Emilie Livingston in Hawaii.

"Jul 8 he proposed @ our fave #okstore. I was taken over by tears of joy n ecstasy! We picked the ring 2gether #inlove," the brunette beauty tweeted in July. 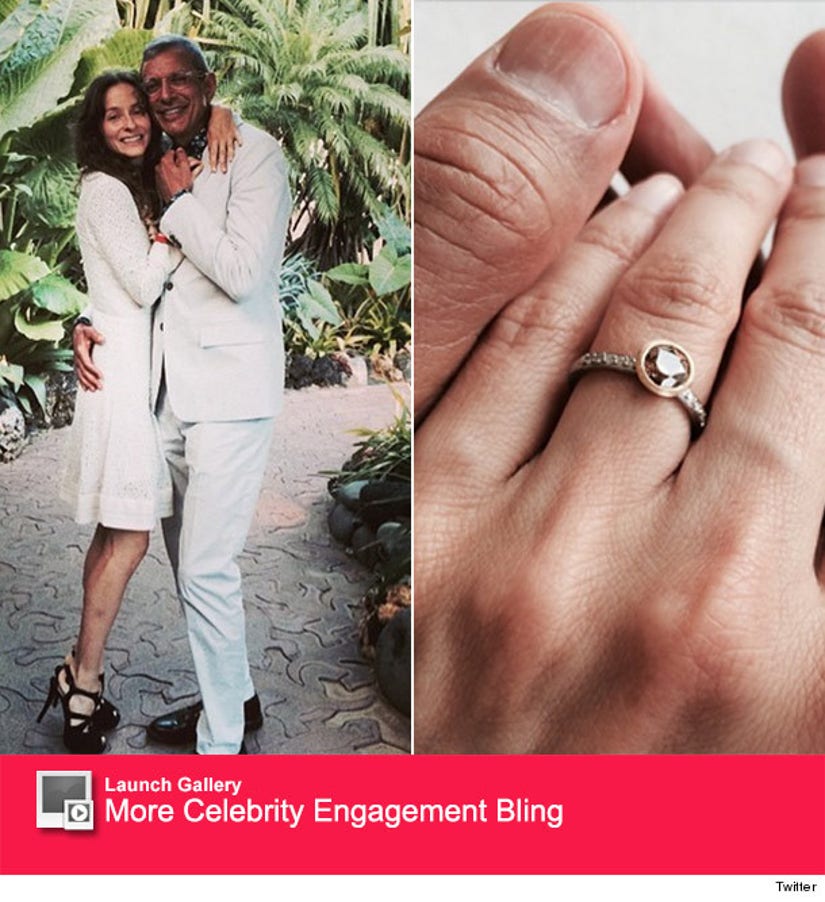 This will be the third marriage for the "The Grand Budapest Hotel" star -- the actor was previously married to Geena Davis from 1987-1990 and Patricia Gaul from 1980-1996.

What do you think about Jeff's "Late Night" performance? Tell toofab in the comment section below!