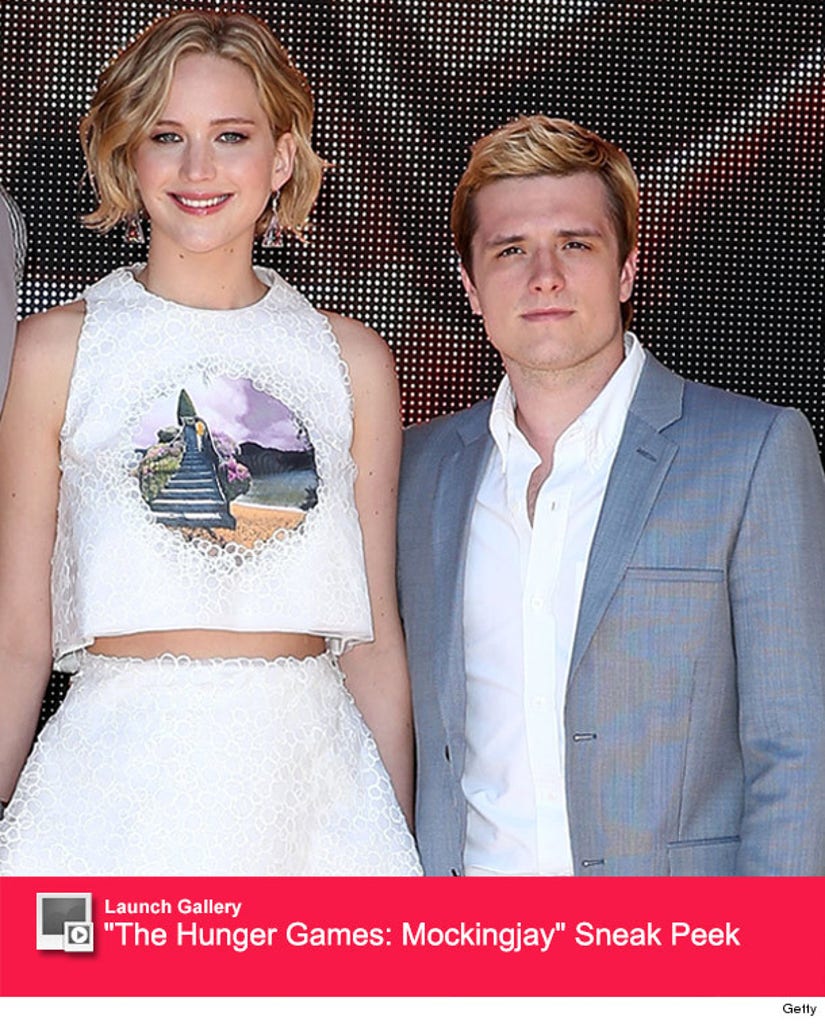 "It's f**kin' horrible," he tells The Daily Beast. "I haven't spoken to [Lawrence] since it happened, but as far as the public, Twitter, and media have reacted, it's awful."

"I've acted since I was 9 years old because it's my job, it's what I'm good at, and it's what I love to do," the 21-year-old actor adds. "I don't want attention. I don't want to have my private life looked into or have people think they deserve to know about my private life. And then people say, 'Well, then you shouldn't have become an actor.' F*ck that. I didn't choose all that. I chose to be an actor. I was 9 years old! Do you think a 9-year-old is thinking about public scandal? I wanted to make movies."

Speaking to ET Canada, Hutcherson -- who had a nude leak of his own a while back -- spoke out even more.

"I hate the way the world sort of views those sorts of issues. It's really truly not fair. We are actors, we didn't get into this because we wanted scandal," he explains. "We want to live our lives and be actors and like Jen and I always say… people say well you chose to be an actor you are going to have to deal with this kind of thing…well, no."

He later adds, "It's like, because [acting] is what I am good at, and this is my career, I also have to suffer on this other side? Like, it's not very fair."

The outspoken star is starring with J.Law in the upcoming two-part finale to "The Hunger Games" franchise, "Mockingjay," which finished filming in June.

According to Hutcherson, wrapping was "bittersweet." and as a result, the cast didn't have a big celebration at the end of it.

"We filmed for nine months on the last one, so everyone was so tired that we didn't have a big bash at the end," he reveals. "I think it was because we were sad. Like, F**k, this is done."

These two will always be Peeta and Katniss to us!