Ramona Singer, is that you!?

Kristen Wiig and her "Skeleton Twins" costar Bill Hader were guests on "Watch What Happens Live" ﻿on Thursday to promote their new flick -- but what happened instead was absolutely hilarious.

During a game of Clubhouse Playhouse, host Andy Cohen put their improv skills to the test by asking the pair to recreate the memorable "Real Housewives of New York" water splashing incident between Singer and Kristen Taekman.

The two grown women famously battled in the Berkshires last season after Singer threw a wine glass at Taekman. Check out the clip below to refresh your memory.

The "Bridesmaids" star's impression of Singer was spot on, complete with a perfect New York accent. And we love Hader in that ratty wig!

Later in the show, the actress also talked about "The Real Housewives of New Jersey" and whether or not she thinks Rino slept with Teresa's mother.

Can't get enough of these two! 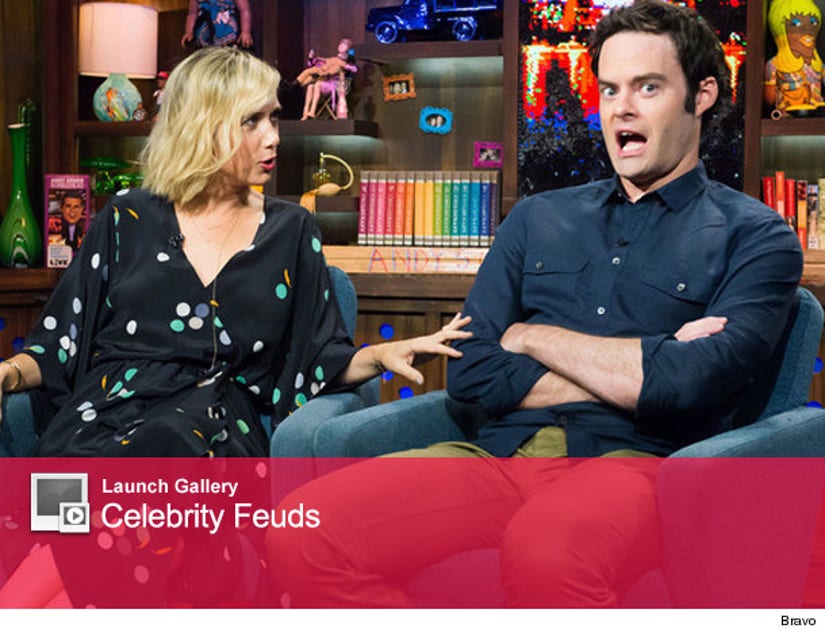