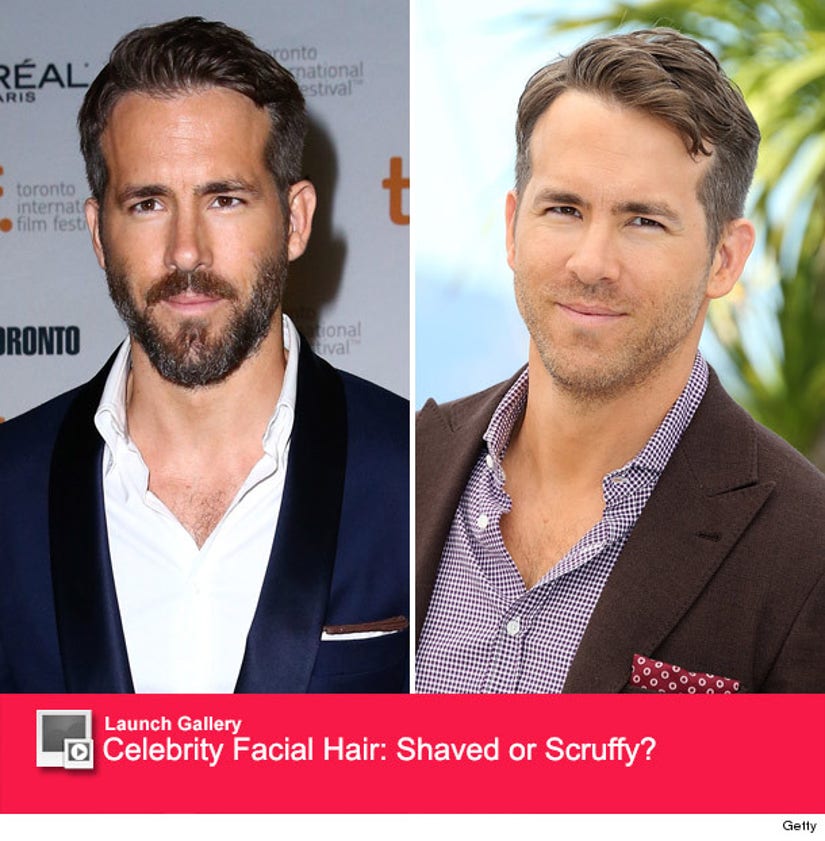 Here is your daily dose of hotness!

Ryan Reynolds looked handsome (as usual!) on the red carpet for the premiere of "The Voices" at the Toronto Film Festival on Thursday night, sporting a blue suit and white dress shirt.

The actor paired his dapper duds with a perfectly scruffy beard and his signature coy smile.

In the movie, Blake Lively's other half plays a shy, Midwestern bathtub factory worker who accidentally kills his date for the night (Gemma Arterton) and then asks his pets what he should do -- and of course, they talk back.

The plot sounds a bit absurd, but Oscar-nominees Anna Kendrick and Jacki Weaver add some star power to the quirky film.

"The script is insane," Kendrick told USA Today, adding that she had wanted to work with writer-director Marjane Satrapi since reading her graphic novel, "Persepolis."

And while Ryan always looks crazy hot, it sounds like he's just crazy in the film -- as there are reported scenes of him "slicing up his female coworkers and stowing them away in plastic containers."

"I didn't know I was this attracted to gore and blood," the director says. "My mother told me 'You are sick in the head.'''

This movie isn't for the faint of heart ... or those with a weak stomach!