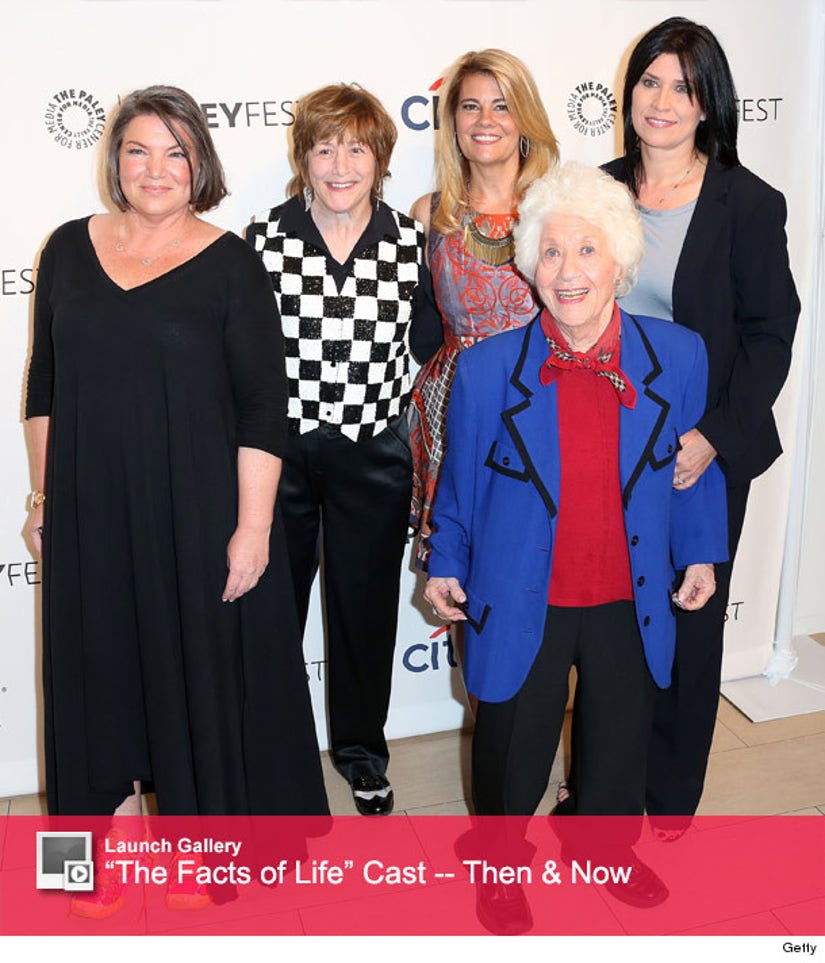 It's hard to believe it's been 35 years since "The Facts of Life" premiered.

Kim Fields, who played Tootie Ramsey in the 1979-88 sitcom, was noticeably absent at the event. She couldn't be there in person but recorded a video message for the fans.

While the long-running sitcom was clearly a fan favorite, the ladies were divided over whether they believed their show would be a hit today.

"If we were all naked, maybe," Whelchel joked to the audience (via Hollywood Reporter). "TV is so edgy now; you have to go outside the norm to get a show. It would be four girls and a housemother, but in a totally different situation."

Cohn agreed with her costar, saying, "If you were to pitch the idea of [a Norman Lear-type comedy] where there's a moral at the end.… I think we'd be left out of the pitch meeting."

While some revealed that the show may not make it now, Rae declared it's the kind of comedy series that's missing on TV today. "I don't watch sitcoms — I do watch Modern Family — but I don't like all that [other] crap."

We love her honesty!

Would you watch "The Facts of Life" today? Tell toofab in the comment section below, and click "Launch Gallery" above to see the rest of the cast, then and now.