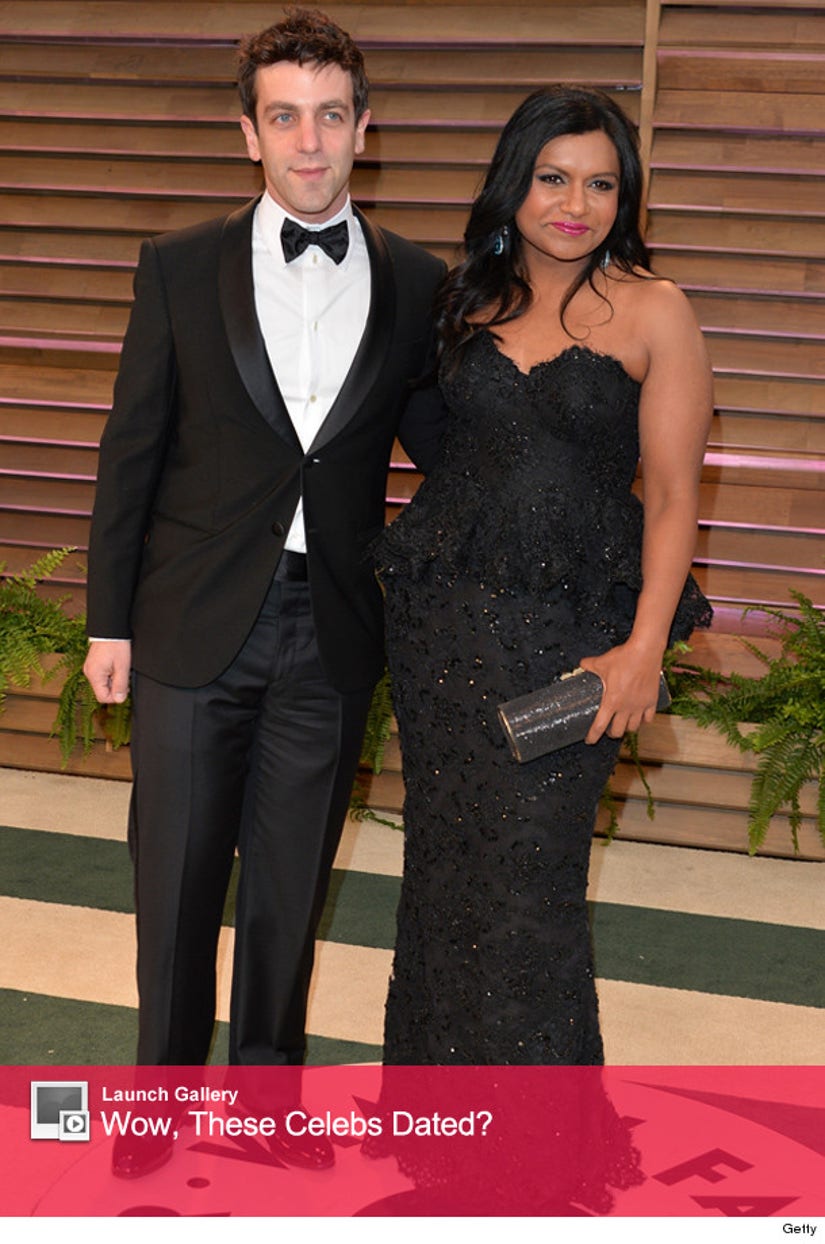 Mindy Kaling is spilling some big secrets about her relationship with B.J. Novak!

In a new radio interview with Howard Stern, the 35-year-old actress says her former "Office" costar and ex boyfriend is her greatest love.

"He's a good friend of mine, yeah. He's my best friend. He broke up with me," she told Stern. "It was years ago that that breakup happened."

"The Mindy Project" star also revealed that she was "so sad" when they split.

"Not angry, sad," she said. "That was the hottest I've ever looked because I stopped eating. When I get depressed I stop eating. So I was so miserable and so beautiful. I remember waking up, barely getting out of bed and we worked together but I didn't care. I had no makeup on ... I was real miserable."

Stern later asked if Novak was the best sex she's ever had. "It was pretty damn good," Kaling admitted. "Real good. He's a smart and funny guy."

So ... if he had popped the question when they were together, would she have said "Yes"?

"At the time? Oh yeah. I was 24. For the record if anyone asked me to marry me I would have said yes."

Even though she was devastated about their split, there's no bad blood between the pair -- and he even appeared on her show last year.

"I love him, I think he's a great person but I'm not holding a candle for B.J.," she says.