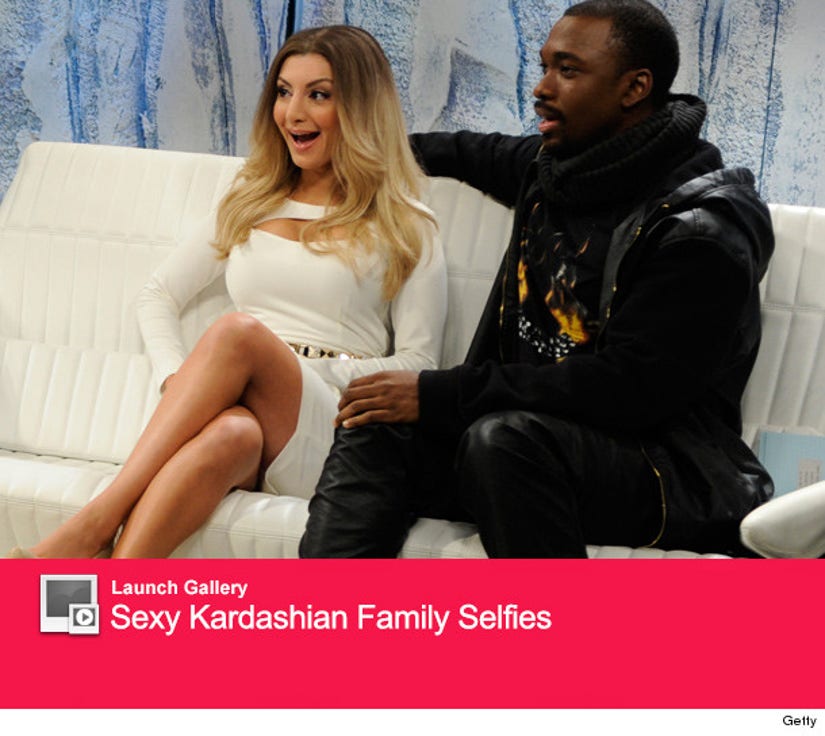 We really miss "Waking Up with Kimye."

The "Saturday Night Live" sketch starring Nasim Pedrad as Kim Kardashian was one of our favorites from 2013 -- and possibly one of Kim's too!

While Pedrad no longer works at "SNL," she opened up about her time impersonating the reality TV star on "Conan" Monday night -- and revealed a run-in with her real life inspiration.

"She was really sweet. She was in pristine, airbrushed makeup, perfect hair," Pedrad told Conan O'Brien about crossing paths Kim. "And I, that day, looked like a person who woke up in a dumpster."

Though it doesn't sound like Kim was angry about the impression, she did have one qualm with the skit.

"She did say at one point, 'Do we really sound like that?'" Pedrad revealed ... once again mimicking Kim's baby talk voice. "I was like 'Nooo' and she goes 'Ohhh good.' She was so sweet."

Does Kim Have a Sex Tape with Kanye West?

While on "Conan," Nasim also showed off an Aziz Ansari impression that was left on the cutting room floor at "SNL." We gotta admit, it's pretty hilarious!