Jimmy Fallon has already battled it out with Joseph Gordon-Levitt, John Krasinski, Emma Stone and Paul Rudd during his famous lip sync battles, so how does he stack up against Gwen Stefani and Blake Shelton!?

"The Voice" coaches appeared on "The Tonight Show" on Wednesday, where they took turns on the lip syncing stage.

The country hunk went first (with a drink in hand), performing Taco's "Puttin' on the Ritz" and leaving the audience speechless with a cowboy-boot tap dance. 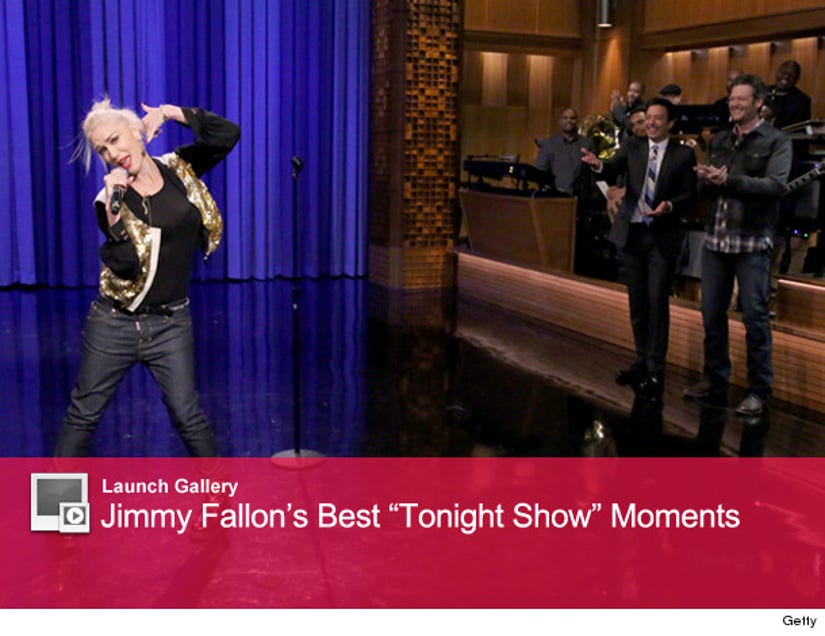 Fallon performed Ellie Goulding's "Burn" and even used a pretty inventive prop. Check out the video to find out what it was!

The No Doubt then went with Carly Rae Jepsen's "Call Me Maybe," highlighting the performance with some of her own signature dance moves and shaking her firm booty for Fallon.

To find out who won, watch the video now!