These two have some moves!

Kevin Hart and Josh Gad make a surprise appearance on an upcoming episode of "The Ellen DeGeneres Show" where they battle it out on the dance floor.

Ellen challenges them to her first dance-off -- and it's definitely memorable!

Despite some pretty strict rules, no Macarena or chicken dance and pants on at all times, it turns out these two comedians are even more hilarious when they hit the dance floor.

Check out the video above to see Josh's best "Bar Mitzvah" moves! 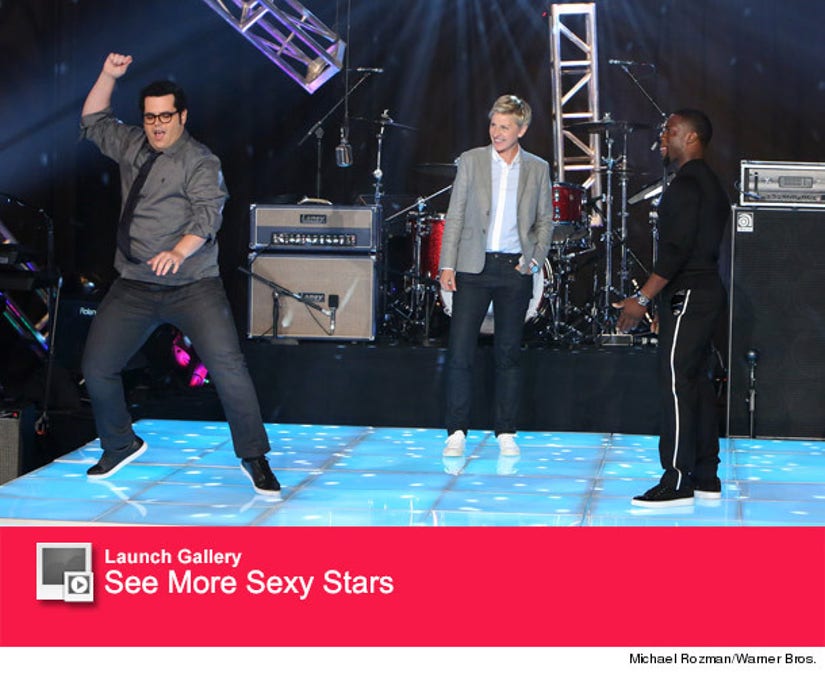 The funny actors are starring in the funny flick, "The Wedding Ringer," due out early next year.

The film features Hart in the role of Jimmy, who reportedly "provides best man services for guys who lack in such areas." Gad's character Doug Harris seeks out Jimmy's help as he approaches his impending nuptials in need of a best man and groomsmen.