Dax Shepard recently honored his wife Kristen Bell by getting a bell tattoo on his left ring finger, instead of sporting a traditional wedding ring.

During an appearance Friday on "The Ellen DeGeneres Show," the actor explains why he opted for ink over jewelry.

"I don't like wearing jewelry, but I felt obliged to warn all the men that I'm taken," he tells Ellen DeGeneres. "I thought a tattoo would be fitting. And her last name, conveniently, is an object I could tattoo." 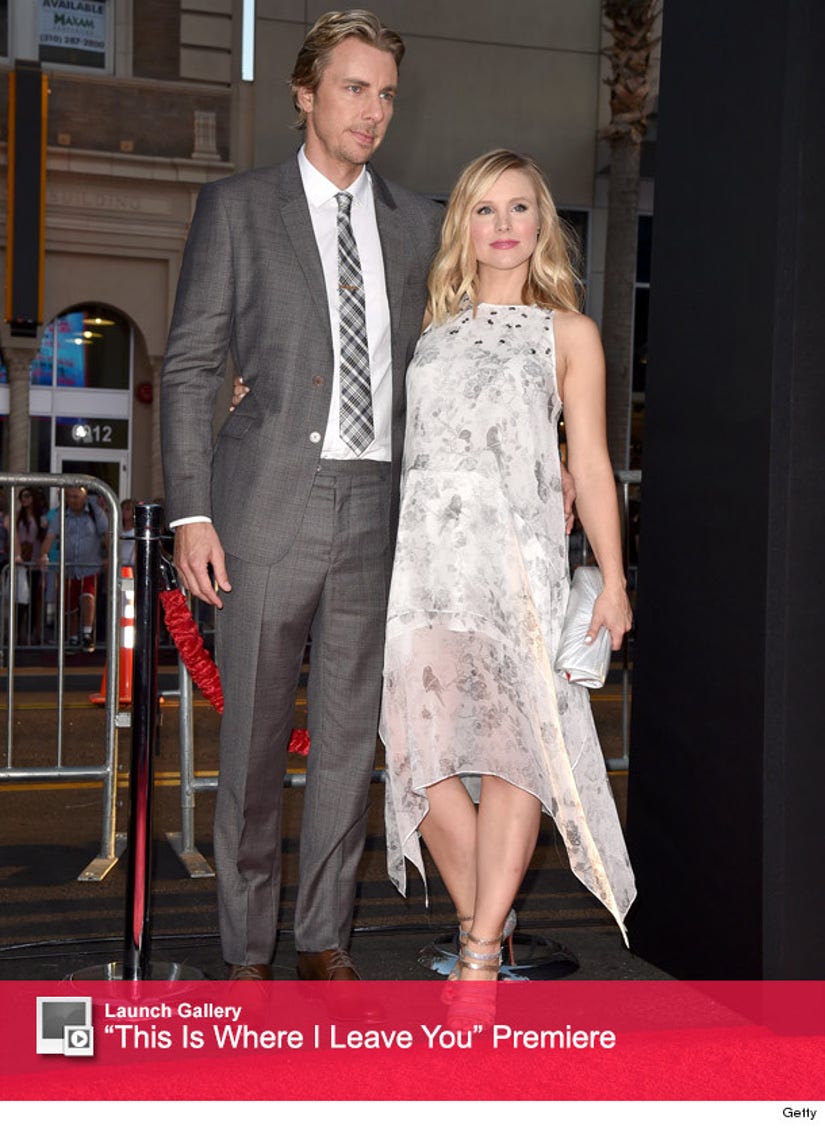 The "This Is Where I Leave You" star also said that the tat includes the letters K, L and D -- standing for Kristen, their baby girl Lincoln and, most likely, the actor's own name.

He joked it could also be the first initial for Baby #2's name -- joking they're naming the kid "Dellen. Dellen Egeneres."

The cute pair knows the baby's sex but are keeping it a secret again. "It's going to be a surprise ... to America," he reveals. 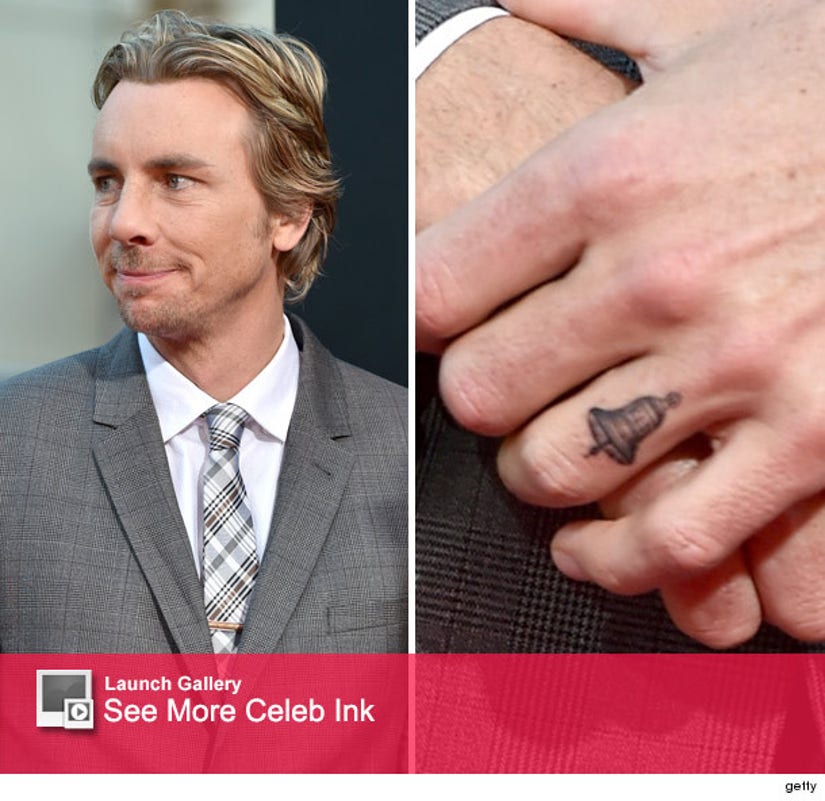 The funny star also talks about his nude scene in "This Is Where I Leave You" and the unusual way he celebrated after it was over.

"I shot the scene since I had not eaten in 3 weeks," he explains. "I ordered pizza to be delivered to the building where the scene was and everyone left. I stayed there and gorged myself like an animal with this pizza."

Check out the clip below to hear about the "tiny sheet" used during the racy scene, and find out how he feels about man-crush Brad Pitt getting married.