UPDATE: E! just announced that "Fashion Police" will continue without Joan. "We are deeply saddened by the loss of Joan Rivers and, for the last two weeks, have turned out attention to honoring her memory on all our platforms," they said in a statement. "We decided, with Melissa Rivers' blessing, that Joan would have wanted the franchise to continue." The show will return in January, starting with Golden Globes coverage.

Melissa Rivers will join "Fashion Police" cohosts Kelly Osbourne, Giuliana Rancic and George Kotsiopoulos to celebrate her mother, the late comedian Joan Rivers -- and toofab has a sneak peek at the tribute.

"Joan Day" will begin with a "Fashion Police" marathon, featuring back-to-back episodes including Rivers' 80th birthday celebration and the final episode she taped before her death on Sept. 4 at the age of 81.

The special will include a variety of behind-the-scenes and never-before-seen clips of Joan, as well as personal stories from her daughter and her "Fashion Police" family.

"I've been listening to you off-stage, and I have so many memories of this set with my mom," Melissa says in the clip above.

"But nothing would make me smile more than when she would crack up before she got to the punchline of the joke," she continued. "She knew what was coming, and she was laughing before she even said the funny part."

Joan was certainly one of a kind!

Check out the videos to see some hilarious outtakes, and don't miss "Fashion Police: Celebrating Joan," which airs Friday, Sept. 19 at 8 p.m. ET. 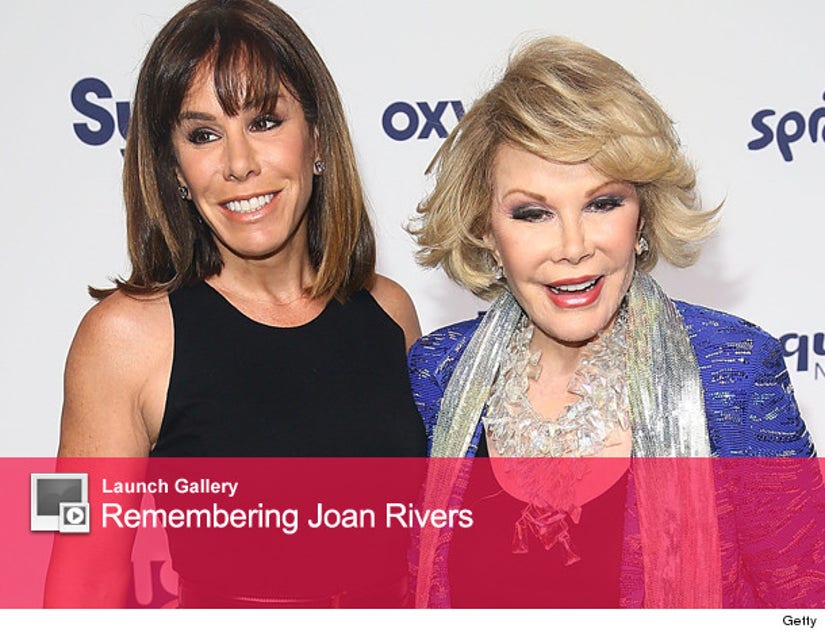