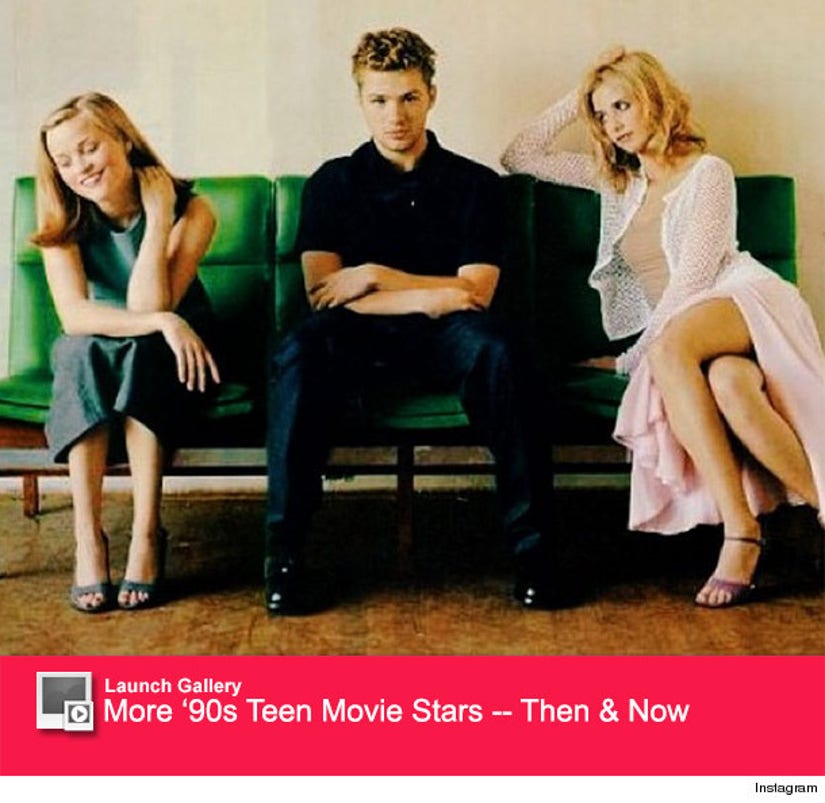 Reese Witherspoon is throwing it back to the 90's!

The actress took to Instagram on Thursday to share a vintage snapshot from the set of "Cruel Intentions," where she's sitting on a couch with then-boyfriend (and ex husband) Ryan Phillippe and Sarah Michelle Gellar.

Screenwriter/director Roger Kumble recently revealed Katie Holmes and Vinessa Shaw were up for the role of Annette Hargrove, but ultimately, he enlisted Ryan's help to get Witherspoon to sign on.

"So, basically, we took Reese out to dinner to get her drunk," Kumble told Cosmopolitan. "And we ended up getting drunk, and I literally got down on my knees and begged her: 'Please, it'll be 15 days, you'll be great.'"

The "Legally Blonde" star and the hunky actor were among young Hollywood's hottest couples when they filmed the cult classic.

The pair said "I Do" in June 1999, three months after the movie was released. Witherspoon was six-months pregnant with their first child Ava at the time.