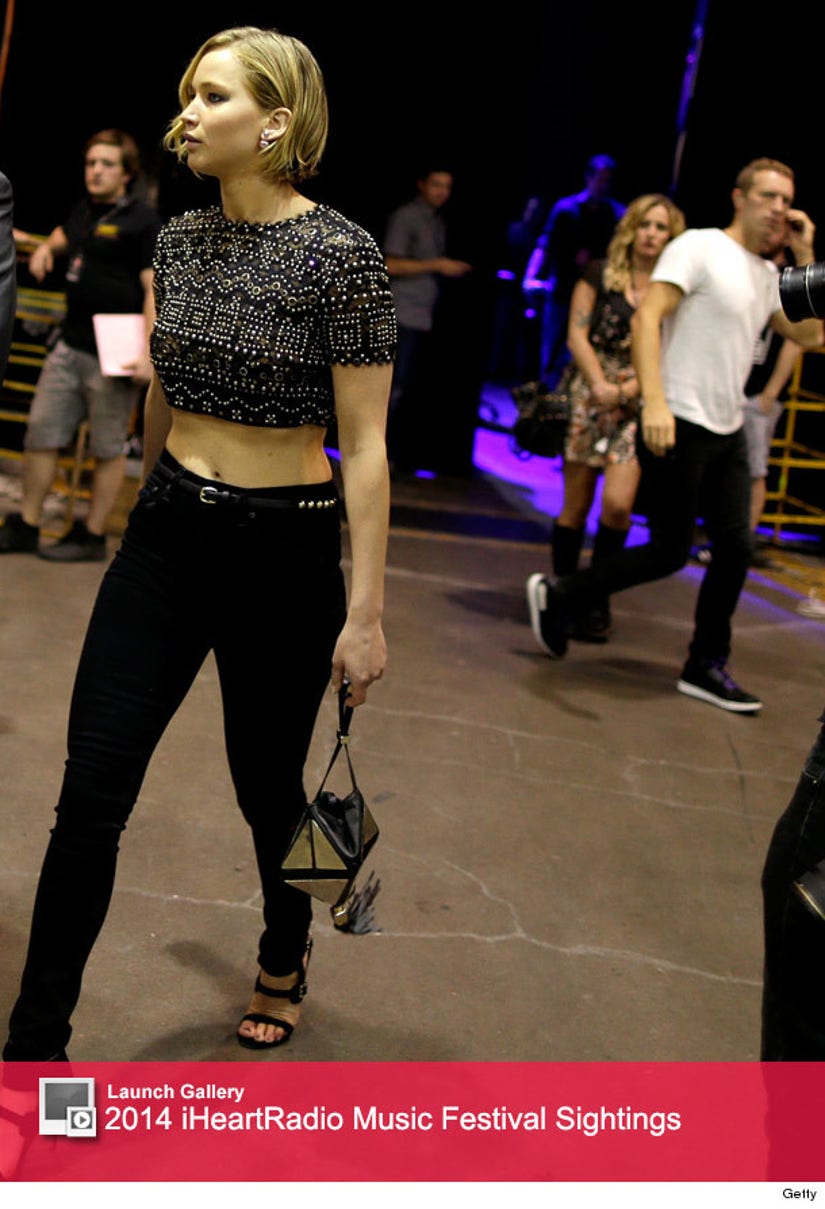 They've been trying to avoid the cameras since they started dating -- but Jennifer Lawrence and Chris Martin were snapped together for the first time over the weekend.

While everyone reported that the "Hunger Games" star went to Las Vegas to check out the Coldplay frontman's performance at the iHeartRadio Music Festival, there were no photos of the two of them together ... unless you looked very closely.

Check out that shot above. That's Martin in the white shirt a couple steps behind his new GF, the two clearly separating before the backstage photographers could get a good shot of them hanging out. Sneaky sneaky!

Lawrence, 24, was reportedly off stage as Gwyneth Paltrow's ex rocked out with his band. J-Law was also spotted at their rehearsal and went to Martin's dressing room after Coldplay's 30-minute set.

Sporting a crop-top, black skinny jeans and heels, Jennifer looked sexy as ever as she stepped out to support her man.

Things are clearly heating up between the two if she's traveling with the band now!

What do you think of this random coupling? Sound off below!