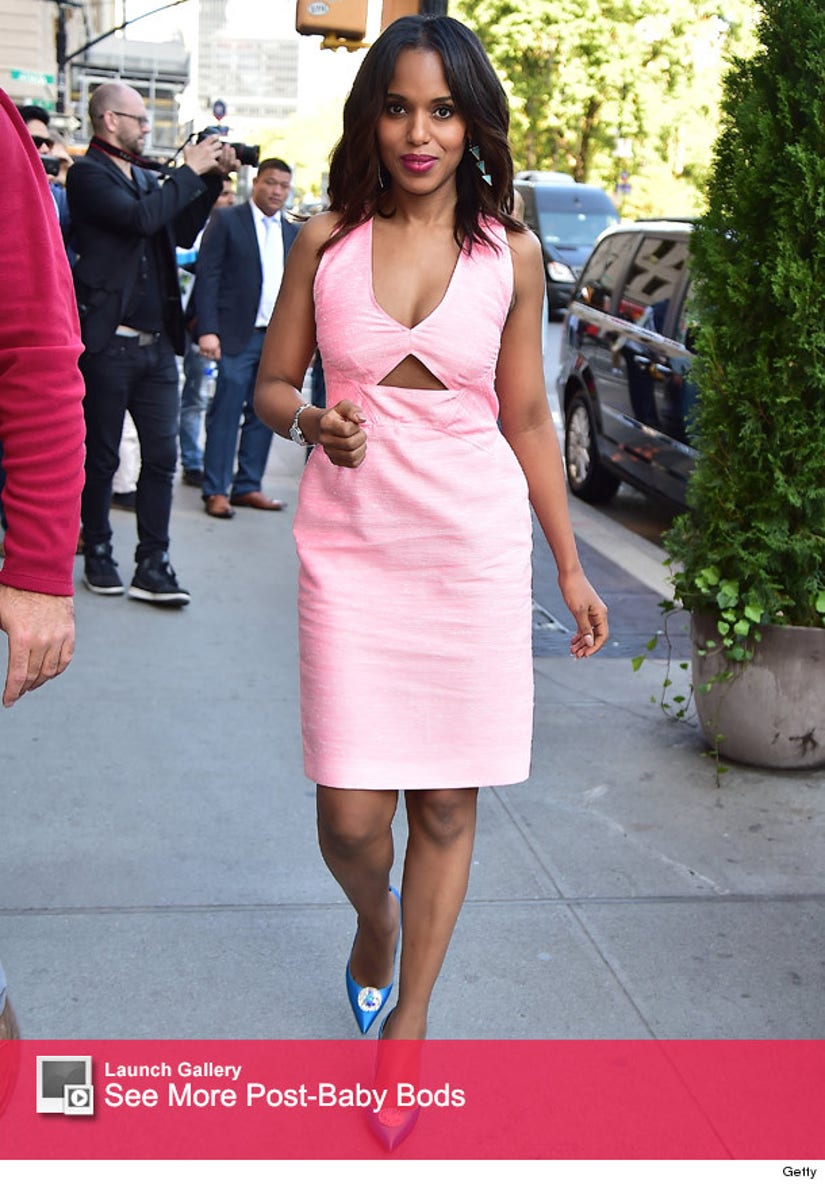 Just five months after giving birth to baby Isabelle, Kerry Washington showed off her slim silhouette on the streets of New York City on Tuesday.

The "Scandal" star looked beyond beautiful in a pink cutout dress, which she paired with blue embellished pumps and a bright pink lip.

The actress, who's been everywhere this week promoting the upcoming season of her hit ABC show, also stole the spotlight last night at the launch party for The Limited Collection Inspired by Scandal. 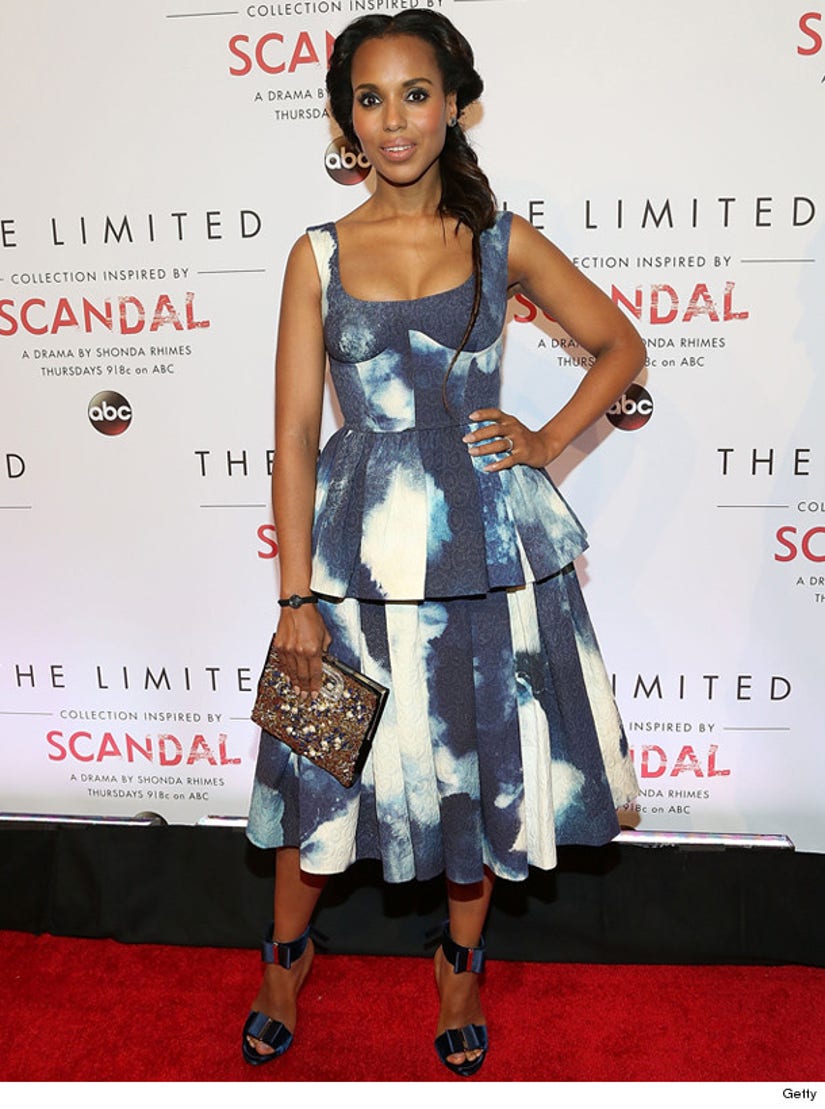 "Dressing as a Gladiator means not being afraid to have it all—to be glamorous, smart, powerful, and sexy," Washington told InStyle, referring to the show's avid fans.

"There's this history in fashion that in order to be a powerful woman means you have to dress like a man, and we wanted to go away from that," she continued. "We wanted to figure out how to express both power and femininity through fashion for this character, because she's a woman who is not afraid to be the most powerful character in the room."

We think this collection is beautiful -- would you wear it? Sound off below!