"It feels like a lifetime ago," says Nicole Eggert when asked to look back at her "Baywatch" past.

Now 42, the actress joined the show two seasons back in the early '90s, playing rookie lifeguard Summer Quinn on the third and fourth seasons.

To help celebrate the series' 25th anniversary, the former beach bunny had a Skype session with toofab's Brian Particelli to talk about the now infamous red swimsuits, the camaraderie (or lack thereof) on set and the weight restrictions given to the show's stars.

"When I was hired I was too young to be an actual lifeguard on the show. I was a rookie, a lifeguard in training," says Nicole ... adding that she first sported a black Speedo, before graduating to one of the memorable red numbers.

PHOTOS: Whatever Happened to Yasmine Bleeth?!

"The red one, you have a lot more nip slips, it falls off the shoulder a lot easier!" she adds. "The training one is a Speedo, it was very secure. The red one could easily pop off." 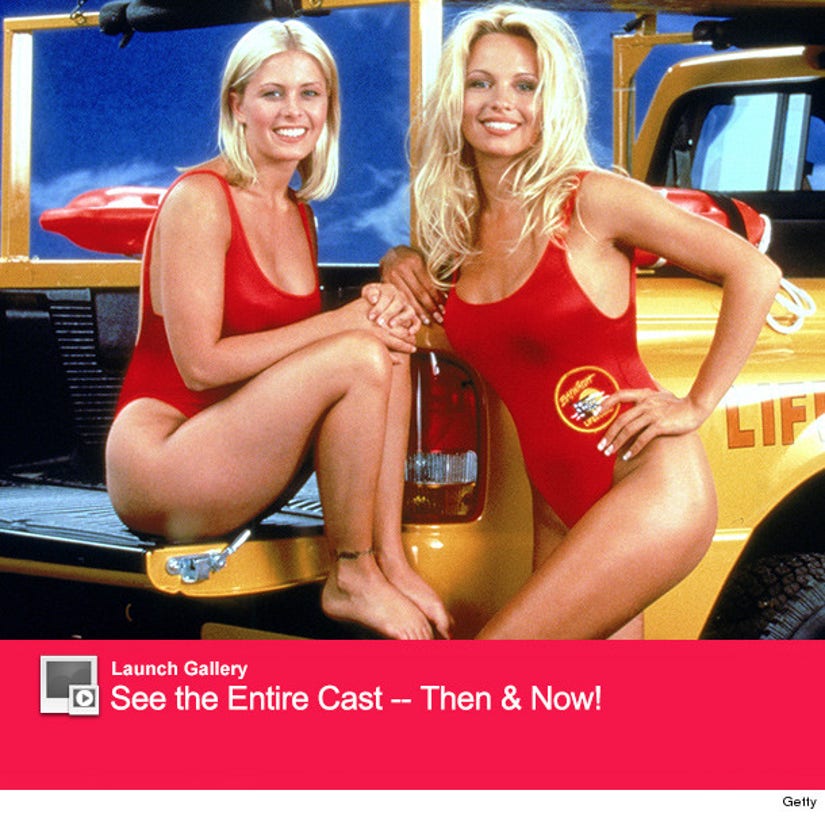 The show saw its fair share of sexy stars, from Pamela Anderson to Carmen Electra -- but, with so many women on set, did things ever get "catty"?

"I hear about things getting really competitive and catty between the women later," Eggert explains. "We were all very different from each other and played such different roles, we weren't competitive on screen or off screen. I think later when they had more of these voluptuous, beautiful lifeguards, I think things got a little catty."

A lot has changed since Nicole's days on the long-running series. Now a mother-of-two, we had to ask what her children thought of their mom's past gig.

"She's just not really interested in it," Nicole says of her 16-year-old daughter. "She'll watch if it's something I did recently. I think maybe its a little odd for her to watch me pretend to be somebody else. She loves me just being her mom."

Check out the video above to see what Nicole told us about the weight gain clause that could have gotten her fired -- as well as her message to all the "Baywatch" fans still out there today!