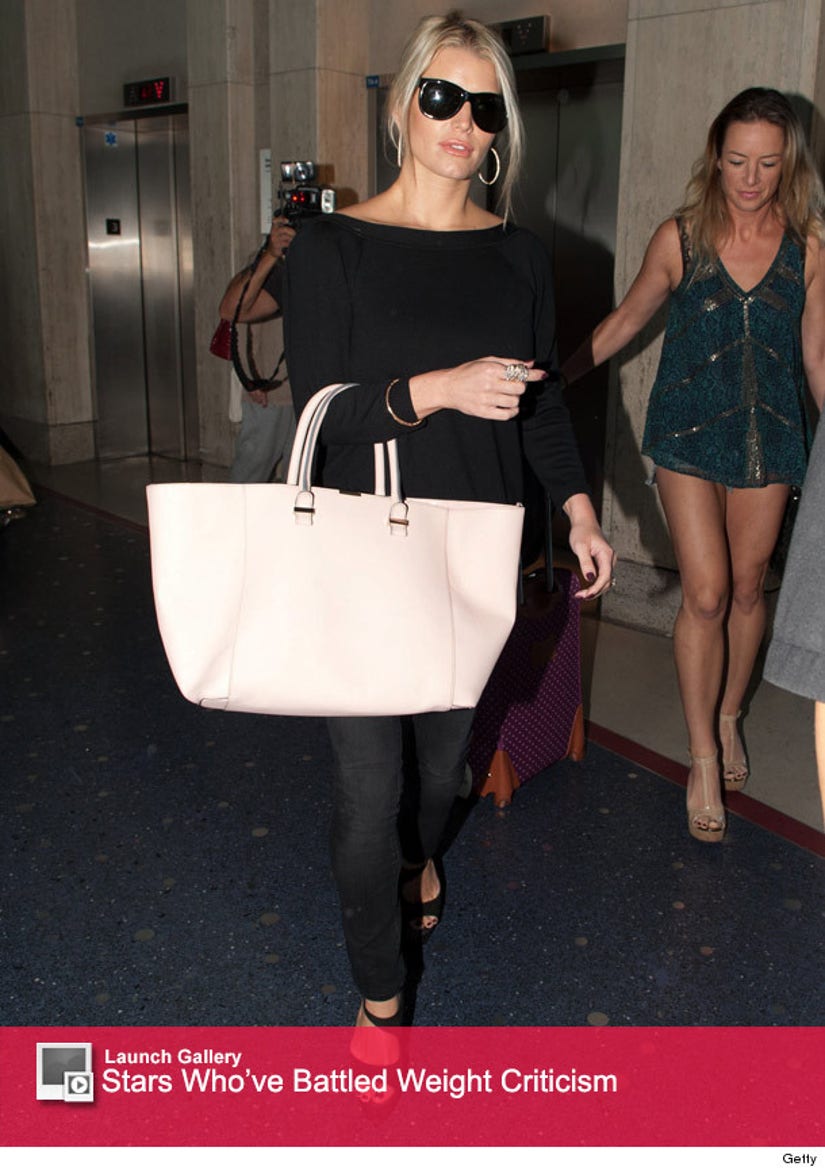 Jessica Simpson is an open book!

The mother-of-two stopped by the "Today" show in New York on Tuesday, where she talked candidly about her marriage to Eric Johnson and revealed her struggles with weight.

PHOTOS: Jessica Simpson Looks Skinner Than Ever in Short Shorts!

Check out the video below to see why Jess says marriage has changed her relationship and find out how all the weight criticism affected her!

When it comes to her relationship with hubby Eric, the designer says married life has brought them closer together.

"Eric and I have both been married before, so we really took our time in finding the right person. So when we found each other, we knew it had to be forever," she explained to Matt Lauer.

"Marriage has changed us in a lot of ways," Jessica added. "I just think that we are more addicted to each other. There is just a level of love that has reached the highest of high."

And when it comes to all of that baby weight criticism, the blonde beauty -- who looks amazing now -- says that she just wanted to be an inspiration for other women dealing with the same struggle.

"I'm not saying they didn't hurt," Simpson told Matt, referring to all the negative comments. "I'm a woman, I have feelings, hormones. I got emotional about it at times, but if anything I just wanted to be a champion for other women and say 'We can do this.'"

We think the 34-year-old is a great inspiration for women everywhere -- what do you think about Simpson's candid comments? Sound off below and click "Launch Gallery" above to see more stars who've dealt with weight criticism!