Julianne Hough made a super sexy return to the dance floor on "Dancing With the Stars" on Tuesday night during the results show.

Sporting a nude bodysuit with red sequined appliques covering her breasts and booty, she showed off her killer moves -- and hot bod -- to the beat of One Republic's "Love Runs Out."

The "Safe Haven" star was surrounded by a bevy of sexy male dancers, including her brother Derek Hough. Isn't her outfit a little to racy for a close-up with her famous sibling!? 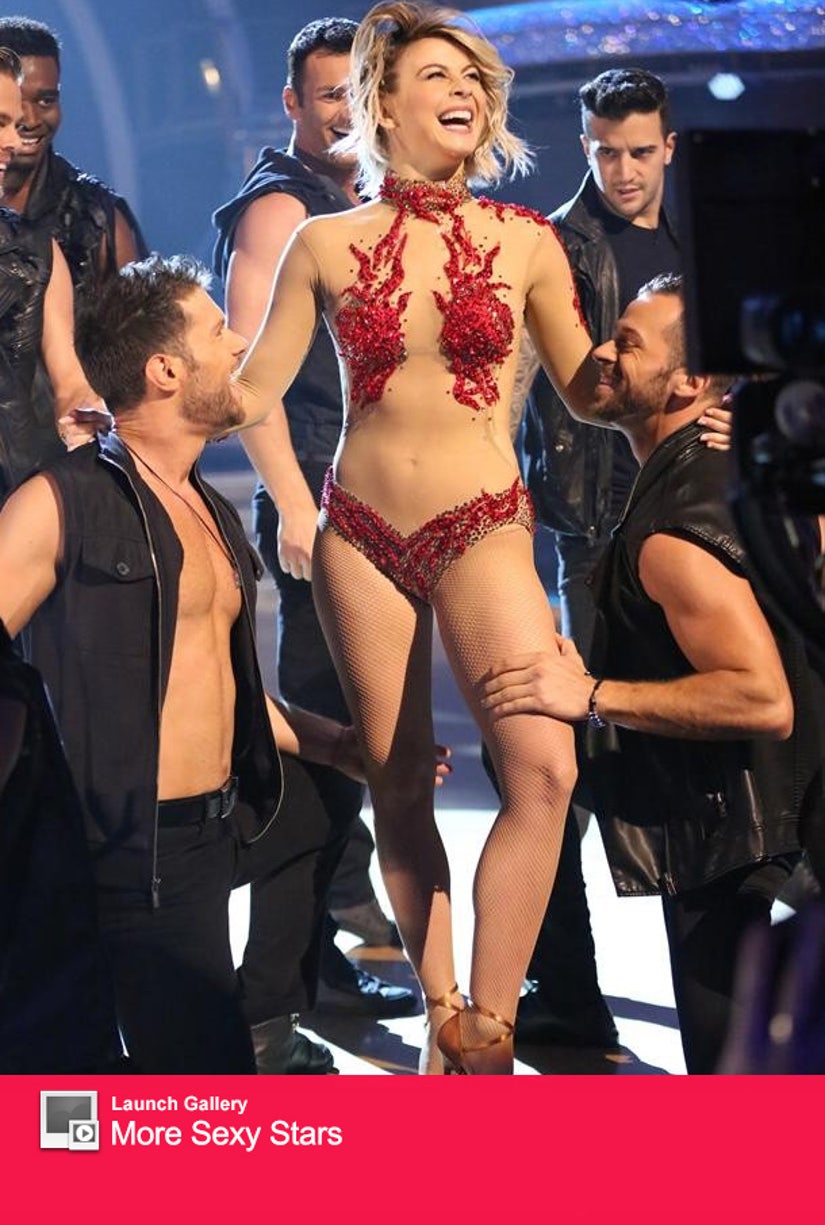 The 26-year-old pro returned to the show as a judge this season, joining Carrie Ann Inaba, Len Goodman and Bruno Tonioli.

"My role is to encourage and be supportive, and to also be candid and honest and try not to beat around the bush, to be too politically correct," Hough recently told People. "I want to give critiques so they can improve. I'm not there to be harsh or cause a controversy. I won't be mean or malicious. That's not who I am. That's not my role at all."

So, is it challenging to critique a family member? "Derek has been known to be very good with his partnerships," she said with a laugh. "But it's not about my brother, nor is it about Cheryl [Burke] or Mark [Ballas]. It's about the partnership and the celebrity who is dancing."

How do you think Julianne is doing as a judge so far? Sound off below!