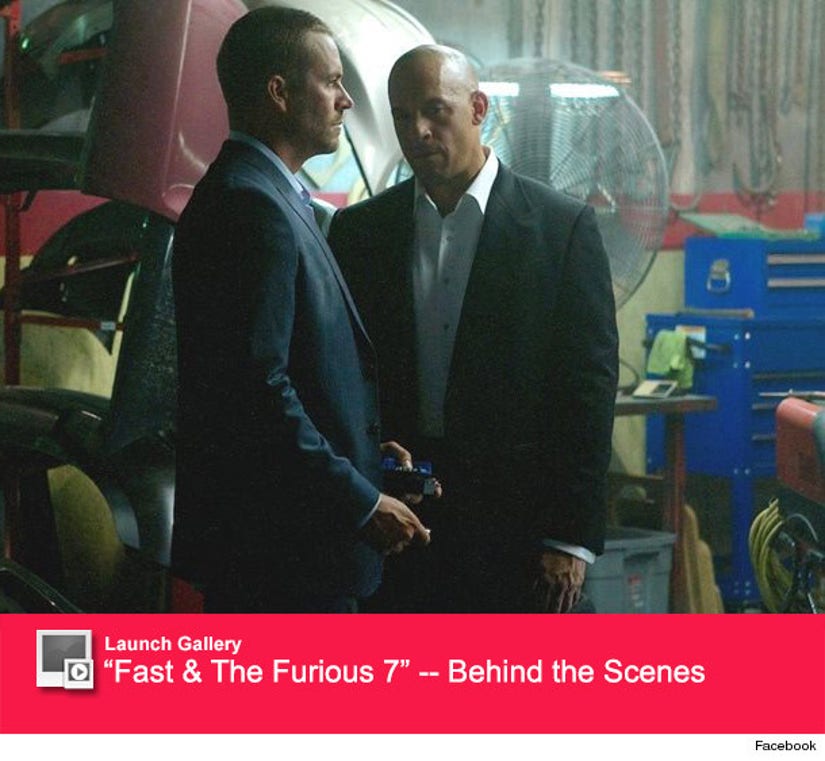 The actor star also teased details about the "incredible" trailer for the film, saying that he hopes "Pablo" would be proud of the work they had done.

"I must also say, that it was emotional and bittersweet," Diesel wrote on Facebook. "We all went above and beyond to make Pablo proud, but man, I wish he could see what we have created and just how far we have come."

In one pic, Dom (Diesel) and Paul's character, Brian, are both wearing suits in the garage ... possibly after attending Han's funeral. Actor Sung Kang's character was killed by the new villain, played by Jason Statham, at the end of the last film. 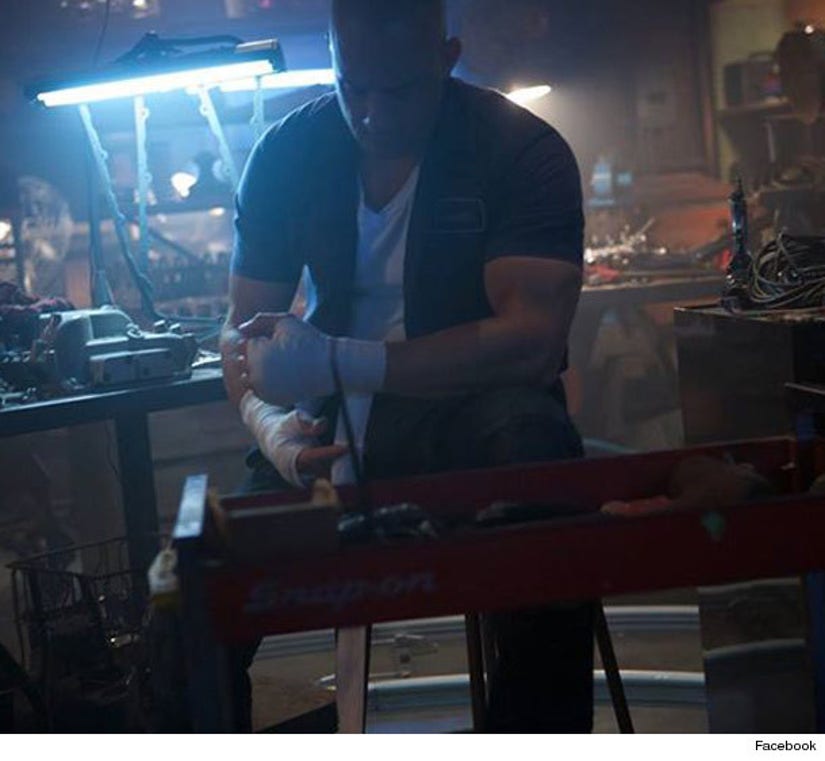 In a second still from the movie, Don is seen wrapping his fists, seemingly preparing for a fight.

After the sudden death of Walker in November 2013, the direction of the "Fast and Furious" franchise changed.

It's unclear how Walker's storyline will be resolved, but it was reported that there are no plans to "kill off" his character. Universal will use footage Walker shot before he died in the final version of the film.

Walker's brothers, Cody and Caleb, also were tapped to help film a few additional scenes for the narrative pivot.