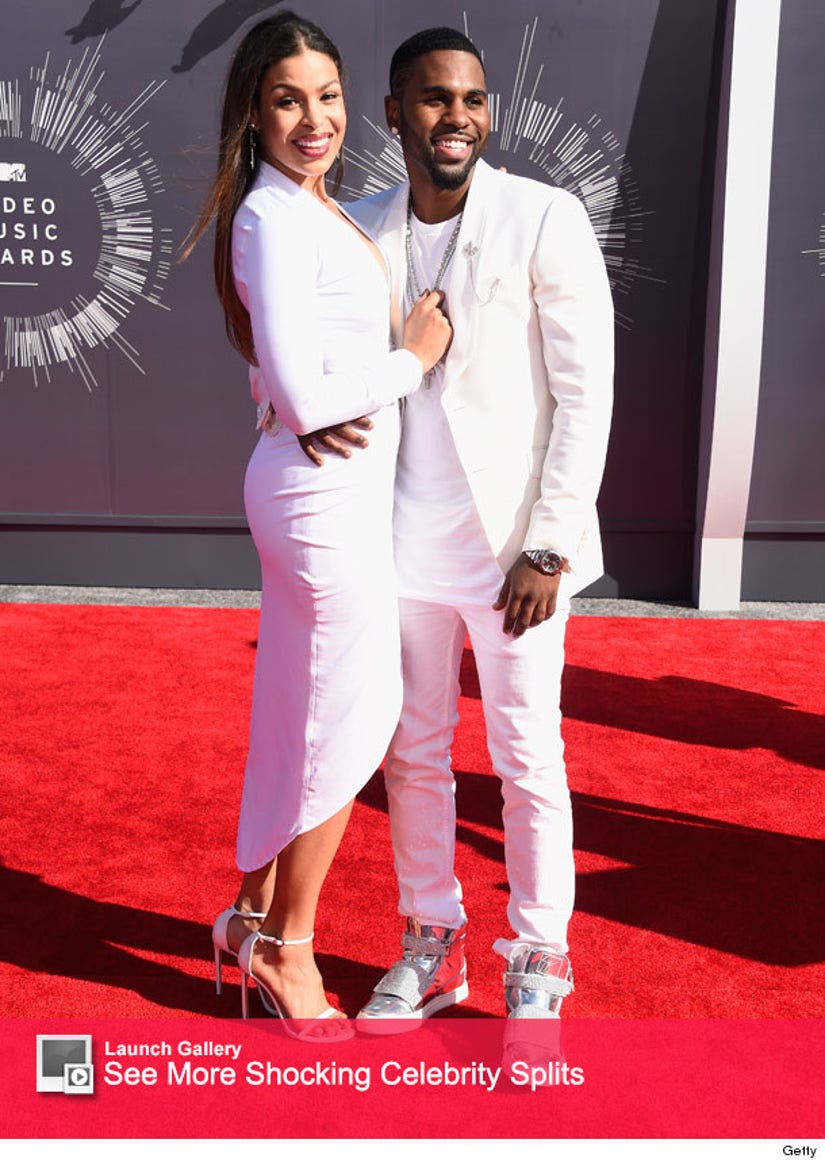 The "American Idol" alum spoke out for the first time about the breakup by sharing an inspirational quote via Twitter on Friday.

"Don't cry because it's over, smile because it happened," she wrote along with a heart emoji.

Jason also talked to ABC News about the split today.

"Though I think it is a private matter and intended to keep my break-up Jordin personal, due to bogus and irresponsible lies being reported by insensitive media outlets it became necessary for me to comment," Derulo said. "I spent three great years with Jordin and she is one of the most amazing people that I have ever met. But as in all relationships there are ups and downs and at this time we have decided to amicably part. Infidelity, cheating or deceit played no part in our relationship or our break-up, and I hope that people respect our privacy as we move forward with our lives."

Hours after the breakup news broke on Thursday, Derulo confirmed the news to KDWB-FM's Big D, saying there's no bad blood between them.

"Yeah, everything is cool, man," he said. "It's not a bad situation. You know, it's not one of those kinda things."

Jordin and Jason took their romance public in January 2012, but have been linked since September 2011.

The "Talk Dirty" singer even released a song for Jordin titled "Marry Me" last year. Sparks also appeared in the music video alongside Jason -- and shared some PDA together on the red carpet at the 2014 MTV Video Music Awards back in August.

This was one shocking split, but were there warning signs? Click HERE to find out!