What you're about to see will astound your senses and harrow your very souls," Kathy Bates' bearded woman promises in the first trailer for "American Horror Story: Freak Show."

Or it might just creep you the hell out!

While the show has been releasing teasers for the last month, this is the first video that contains actual footage from the highly anticipated series ... and it definitely delivers.

We're introduced to a whole cast of characters, including conjoined twins (Sarah Paulson), a cabaret singer (Jessica Lange), a three-breasted woman (Angela Bassett) and others including the smallest woman alive, a strongman and the return of Pepper the pinhead from "Asylum."

But it's the "freak" that pops up at the very end that is sure to haunt your dreams: Twisty the Clown!

Judging by this sneak peek, the totally terrifying monster rivals Pennywise from "It." Check out the clip above.

"American Horror Story: Freak Show" premieres October 8 on FX -- will you be watching? 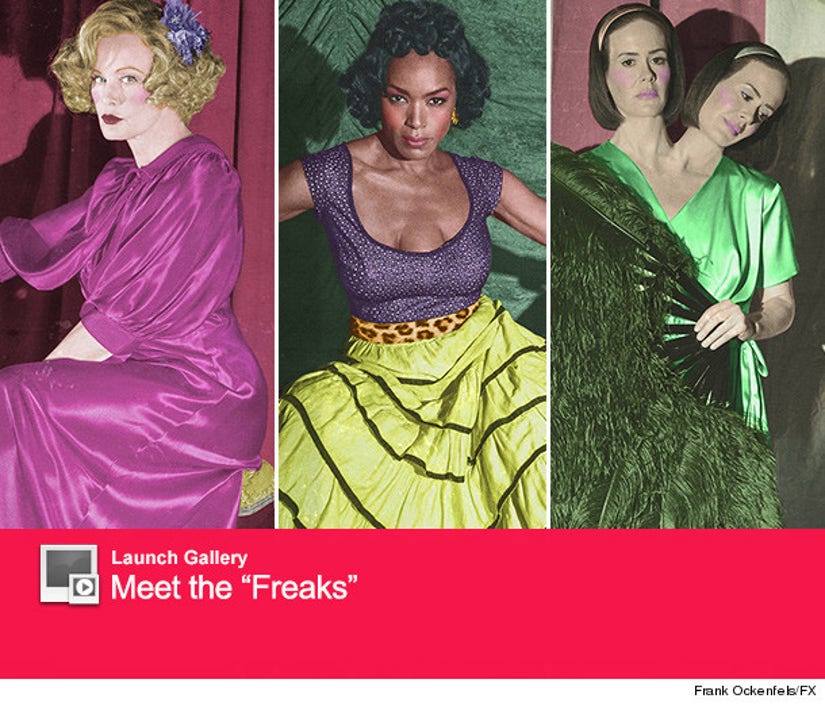