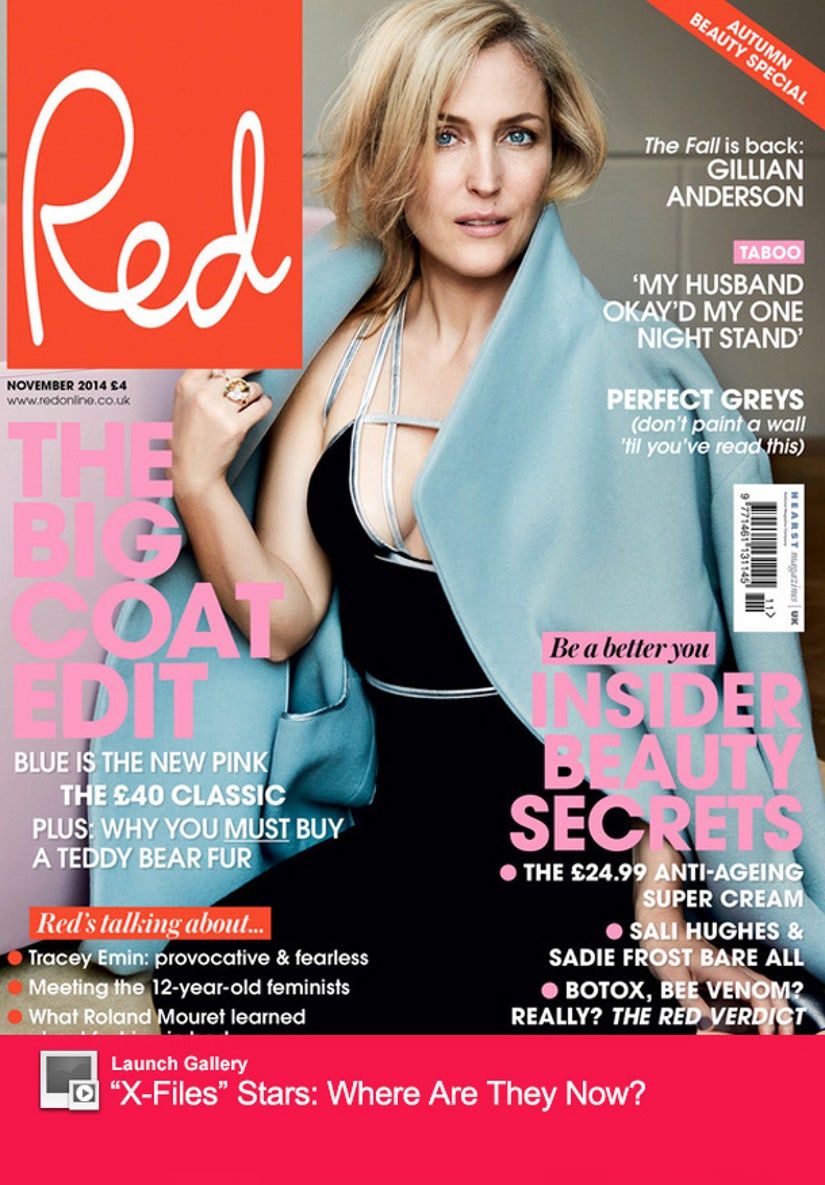 Gillian Anderson has come a long way from her big debut on "The X-Files" back in 1993 ... and so have her paychecks!

The actress, now 46, opens up about how former costar David Duchovny took home a considerable amount more than her when the show started out.

"At the beginning, the pay disparity was massive," she tells Red magazine. "But that happens all the time in Hollywood. It's, 'Do this for me, I'll get you a job.' All the stuff in the papers today about people in entertainment who have abused their position ... it's built into our society. It's easy to miss and it's easy to get used to it."

"There are things that are intolerable in today's world, in terms of the perception of women," she continues. "Whether they're vamps or vixens, the expectation that, if a woman is wearing a short skirt, she's 'asking for it.'"

While the topic of her Scully payday came up during the interview, Anderson now admits people don't ask about her most famous role as much anymore -- because they want to know all about one of her current costars instead!

In addition to her role on "Hannibal," Anderson stars on BBC's "The Fall" with Jamie Dornan -- and his casting as Christian Grey in "Fifty Shades of Grey" makes him a common topic of interest when talking to journalists.

"He's a lovely young lad. On the first series, people were like, 'Who is this guy? Is he an ex-model or something?' Now people don't ever want to talk to me about 'The X-Files.' They only want to ask about Jamie Dornan," she tells the mag.

All we want to talk about right now is how good she looks these days!

Showing some cleavage on Red's cover, the mother-of-three might just look better now than she did in her 20s back when "X-Files" premiered.

See how more women of the '90s have aged in gallery above -- plus, check out the "X-Files" cast below! 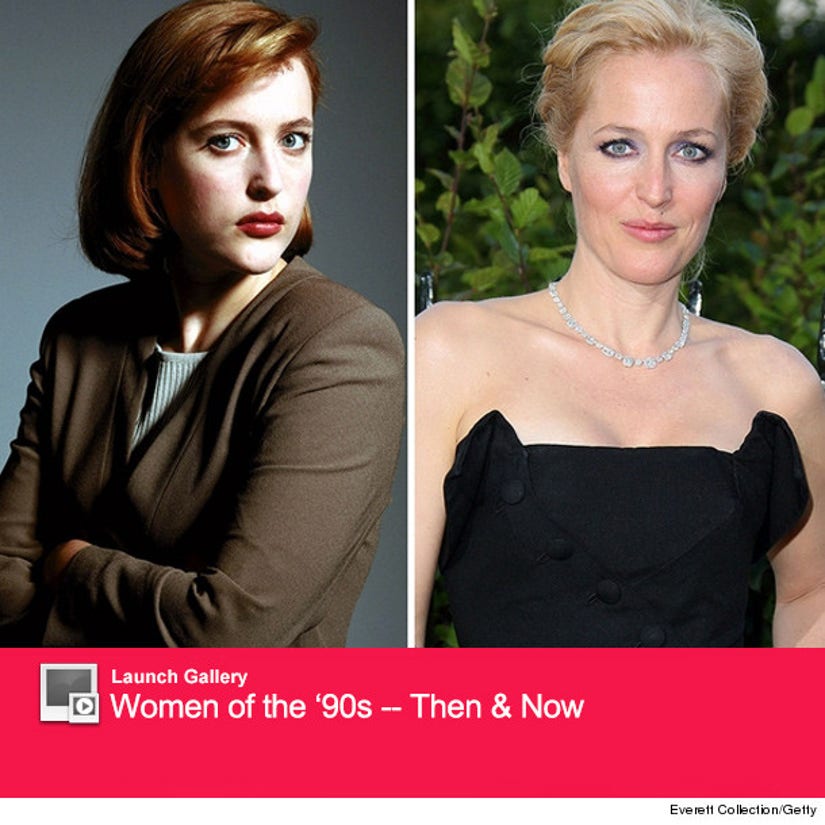