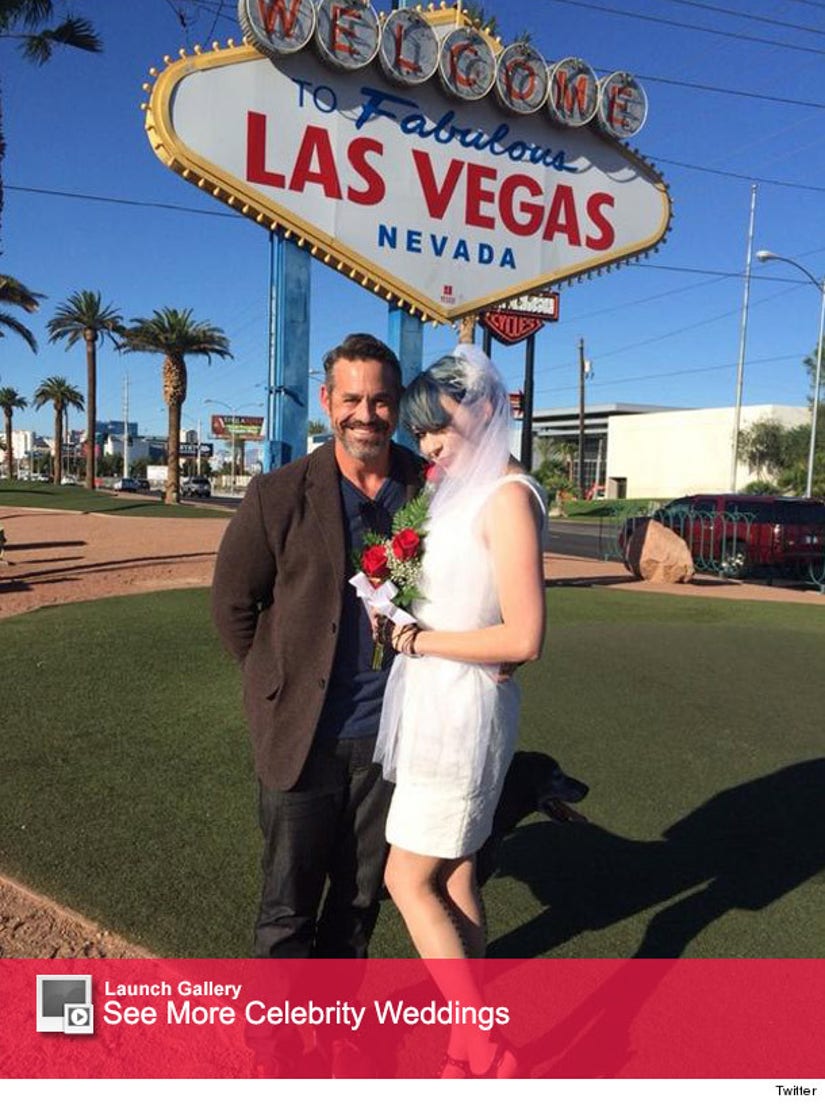 Just two days after announcing his engagement to girlfriend Moonda Tee, actor Nicholas Brendon has already said "I do."

The "Buffy the Vampire Slayer" star shared the good news on Twitter last night, posting a photo of the two in front of the famous "Welcome to fabulous Las Vegas, Nevada" sign. Nick's bride apparently wore a short white dress and veil for the surprise nuptials, while Brendon sported a brown blazer, blue sweater and jeans.

On her Facebook page, Moonda says her hair was the "something blue" for her big day.

"AND WERE MARRIED!!!! #tildeathdouspart" he captioned the photo above on Twitter.

The also couple shared another pic from their post-wedding celebration on the actor's Facebook page: 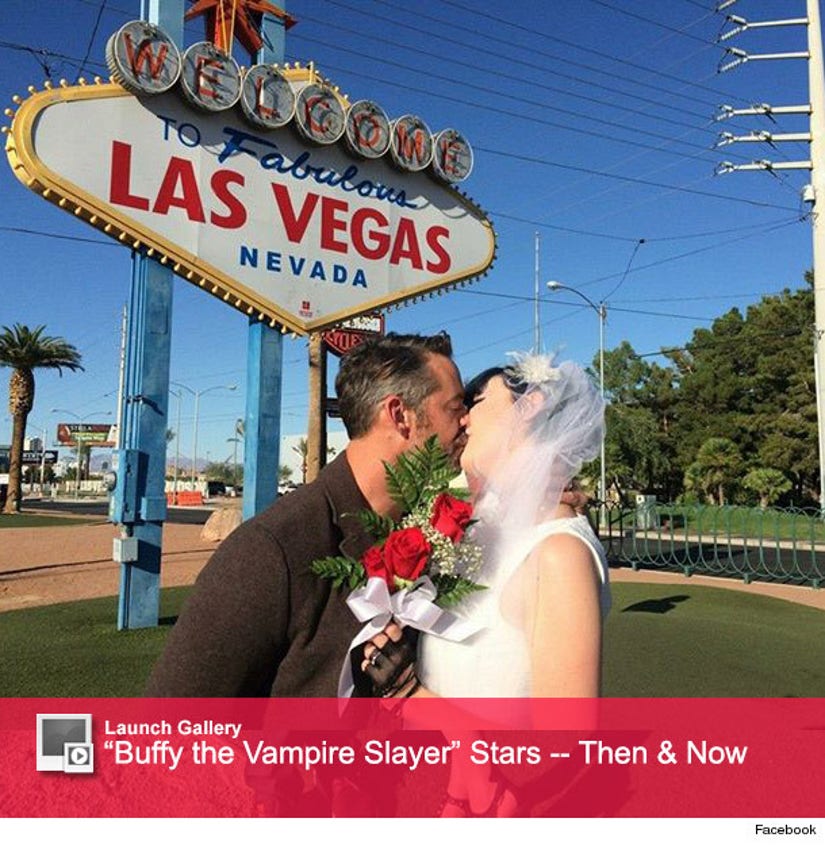 The surprise ceremony went down just days after Brendon, who played Xander Harris on "Buffy," popped the question while his now-wife was getting her hair did at a salon in Denver, Colorado earlier this week.

It appears he surprised her mid-cut, getting down on one knee alongside the couple's dog to propose. 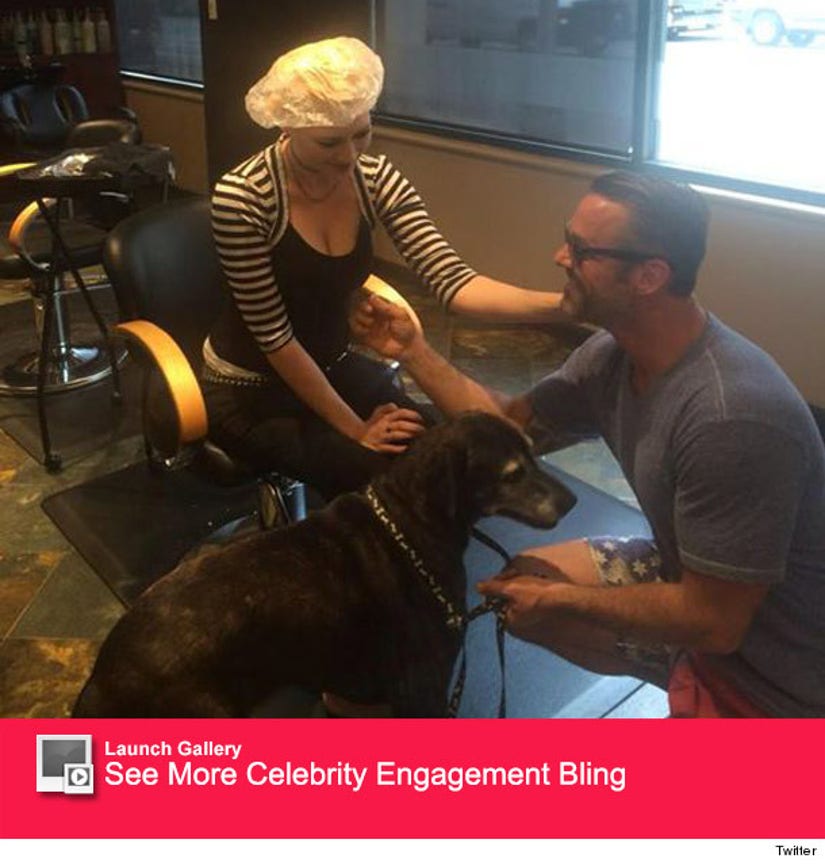