Ellen Pompeo knows how to keep a secret!

On Thursday, the actress tweeted that she'd recently welcomed a daughter, Sienna May Avery, via surrogate. Hours later, the "Grey's Anatomy" star appeared on "Jimmy Kimmel Live!" Thursday, where she revealed when Sienna was actually born.

"She was born two months ago," she told the late night host, who was surprised she was able to keep the news under wraps. "Pretty good, right?"

"The mayor of New York City married us, and I kept that a secret for five days, too," the mother-of-two said of husband Chris Ivery. "I've done it before. The covert thing is kind of fun. This baby was born via surrogate, so I felt an obligation to keep the surrogate's privacy. That was of utmost importance to me."

"And then today you said the hell with her!" Kimmel joked.

Kimmel then launched into a series of questions about the surrogacy process.

"Pardon my ignorance on this," he said. "When you have the baby through a surrogate, does your husband, uh, visit her in the motel room?"

"No, no," she said with a laugh, before explaining the process. "I was present for the insemination. I held her hand. So they take the sperm... medically, Chris Ivery has to do what he has to do, and provide what he has to provide."

"I had to provide something as well… You have to retrieve the egg. And then they put it together in a dish -- the lab technicians -- and then they make the embryo. Then they insert the embryo into the woman who will carry the child," she continued.

Check out the clip above to hear more about the special surrogate! 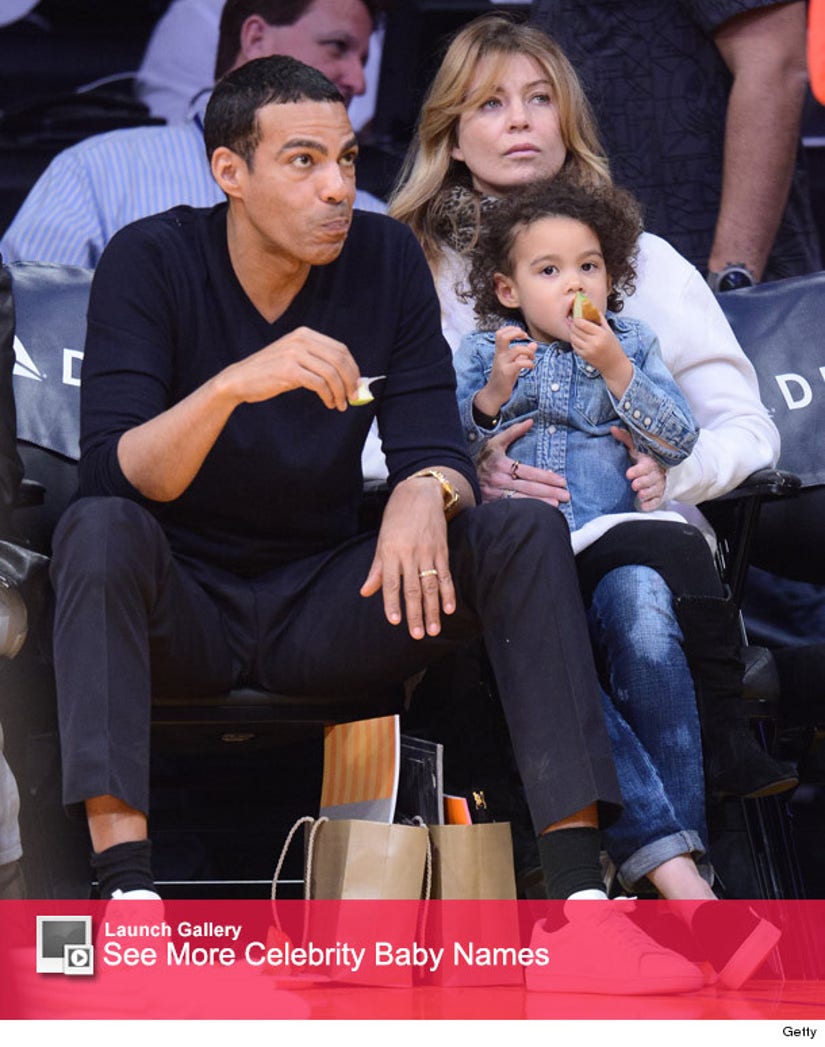 After his interview with Ellen, the late night host dressed up like a pig and hilariously spoke to terrified children.

"A lot of parents know that children love animals -- especially talking animals," Kimmel told his audience. "Kids see talking animals on TV and the movies a lot, but I've always wondered how they would react if they saw a talking animal in real life."

Jimmy was transformed into an eerily realistic porker before his team "invited some young kids off the street to meet Jimmy the Pig!"

Watch the funny clip below to see the kids' reactions!