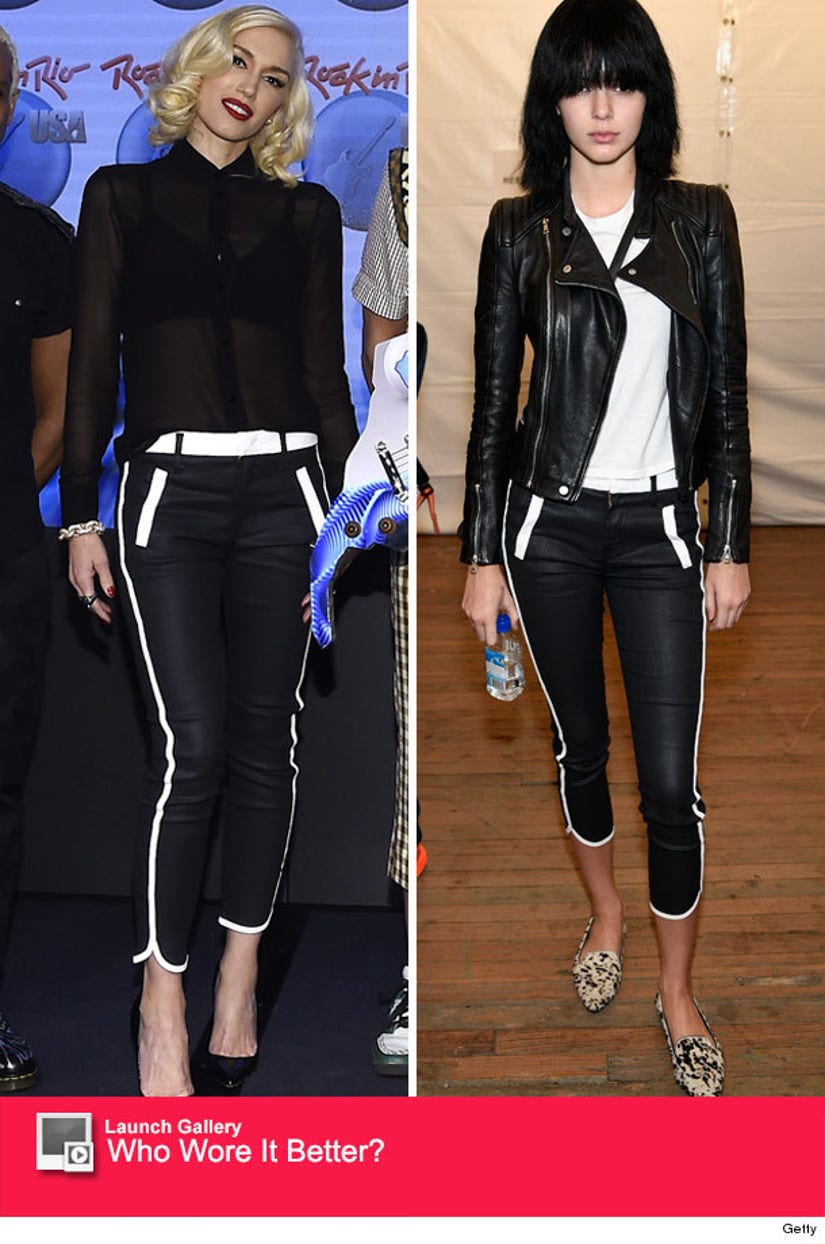 It's a style showdown between a retro rockstar and a reality show starlet!

Gwen Stefani showed off her stems in 7 For All Mankind's cropped black-and-white coated pants while promoting No Doubt's performance at the upcoming Rock and Rio concert.

The sexy singer paired the designer duds with a black bra and long-sleeved, sheer black top. She completed her edgy ensemble with black Christian Louboutin ﻿stilettos and her signature red lip.

Kendall Jenner sported the same pants last month at after Marc Jacobs' show during New York Fashion Week. The seasoned model paired her pants with a white T-shirt and a motorcycle jacket, as well as flats and the shaggy 'do she wore on the runway.

We love Gwen's simple style, and the length of the cropped pants is better suited for her body type.

But, we want to hear from you -- who do you think wore it better? Cast your vote above!