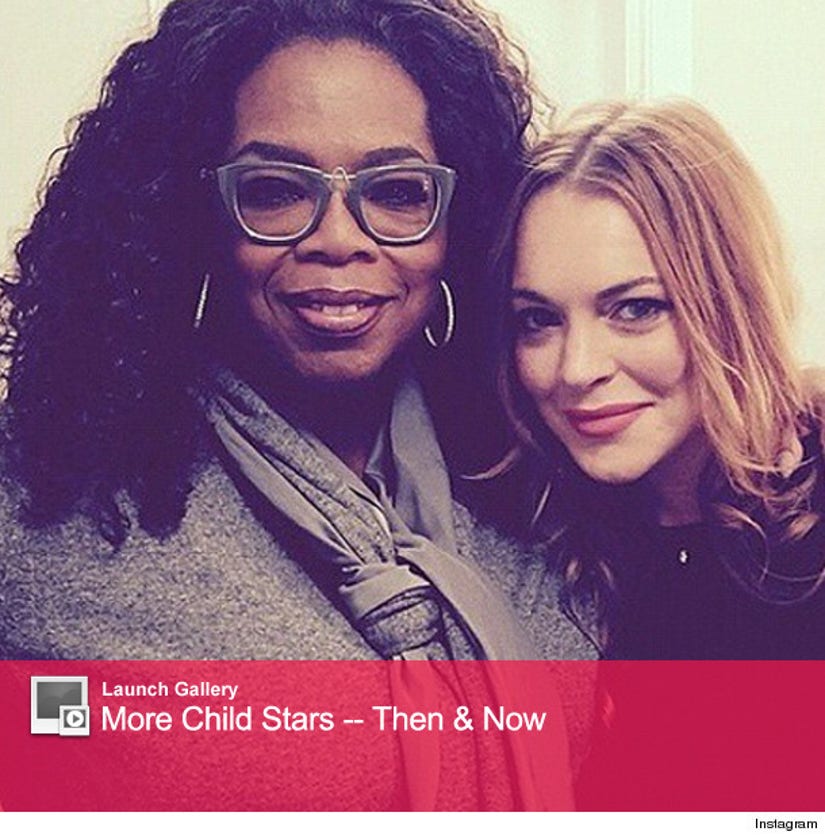 The talk show queen showed her support for the once-troubled actress, posing for a pic backstage at LiLo's West End play, "Speed the Plow."

"@LindsayLohan backstage at her new play in London. #SpeedthePlow," Oprah captioned the cute candid on Instagram.

Lohan also shared a snapshot from the reunion, writing, "So thrilled to have @Oprah and @Lupita_Nyongo in the audience tonight. I'm a lucky girl! XXo #Myfairygodmother."

Winfrey and Lohan clearly have repaired their rocky relationship after they clashed while shooting the actress' OWN reality show, "Lindsay." During filming, the "Mean Girls" alum backed out of scheduled shoots and didn't follow show schedules, forcing Oprah to step in.

"This is exactly what everybody said was going to happen, and I believed differently," Winfrey said on the show when she heard about Lindsay's erratic behavior.

"When you change a schedule, you know what happens," she added. "You have a whole team of people who are relying on you right now, for this particular experience. For creating this documentary. If you don't want that, change that."

Despite the drama, it looks like O is still on Team Lindsay!