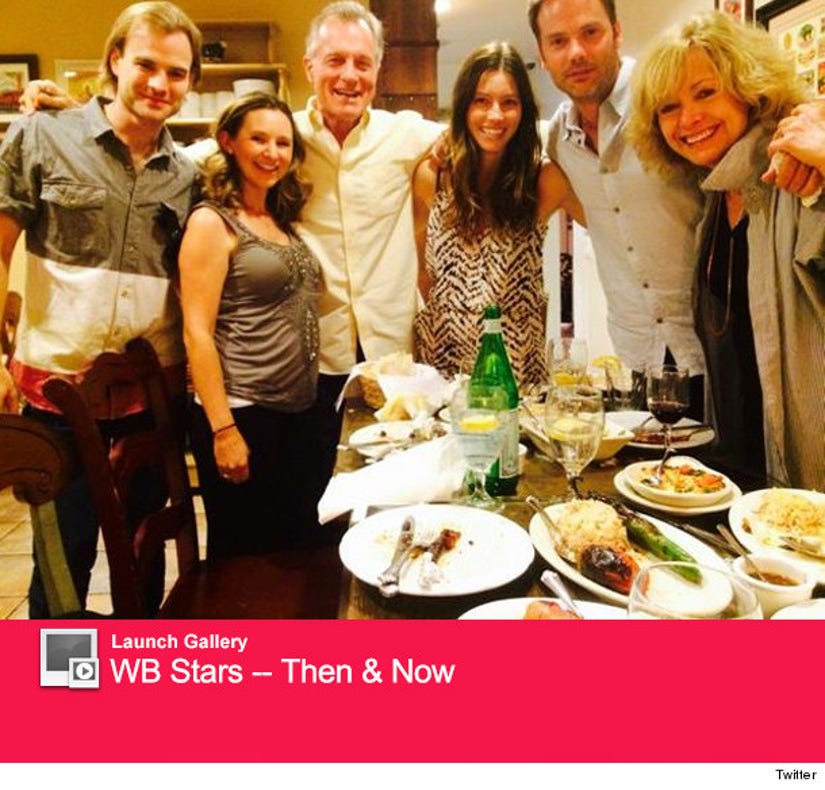 Stephen Collins' TV family was clearly in the dark about his extremely disturbing past.

Audio of the "7th Heaven" actor admitting to multiple instances of child molestation was released by TMZ on Tuesday. The NYPD tells TMZ that there is a current, active investigation -- adding that there are "at least 3 victims" and the nature of the investigation is "inappropriate sexual contact with minors."

The news is incredibly shocking, especially in light of the actor's most famous role as a pastor and loving father on The WB's family-friendly show.

Less than a month ago, Collins reunited with his former costars for the first time in eight years, as they gathered for a big dinner.

"Something truly amazing happened last night and my heart is overflowing! Love these peeps more than I can ever explain! we were just missing Mack! Feeling so incredibly blessed to have these incredible people in my life!!! #theresnothinglikefamily #7thheaven #love #blessed," Beverly posted.

Just a couple days after their dinner, Mitchell also wished Collins a Happy Birthday, calling him "the greatest TV Dad ever and one if my favorite people."

So far, none of his former costars have reacted to the news, though Beverly tweeted out this Frederick Douglass quote after the story broke: "If there is no struggle, there is no progress."