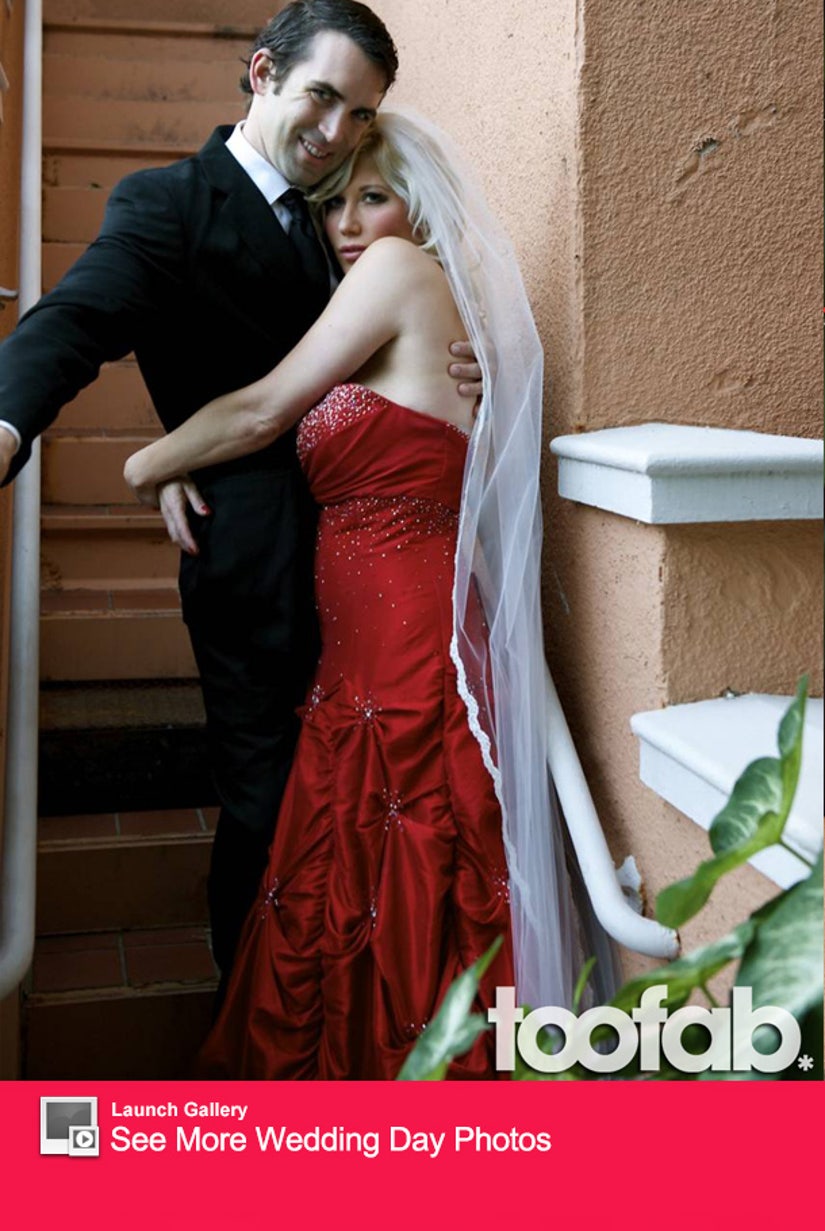 Former "Beverly Hills Nannies" star Ariane Bellamar eloped in Dallas over the weekend with boyfriend of nine months, Tanner Slaught. The reality star and her new husband, a valet driver, met at a tapas bar earlier this year. The surprise wedding follows the couple's July engagement.

This is Ariane's fourth marriage, so there was no white wedding dress this time around.

Instead, the blushing bride wore a red gown with a white lace veil. We're told she picked the crimson color because Bellamar "wanted to be sassy."

The nuptials were held at Rosewood Mansion on Turtle Creek in Dallas on Saturday. Only five people -- including Ariane's daughter Emma -- attended the extremely small ceremony, which was followed by a dinner of lamb chops and ravioli.

This year got off to a rough start for Bellamar, who was attacked in January by then-boyfriend Patrick Henry during what was supposed to be a romantic getaway. Henry was later found guilty of assault and fined $400. He was also ordered to complete community service and anger management assessment.

We're happy to see Ari is in a much better place now. Congratulations to the happy couple -- check out more of their official (and fun!) wedding photos above.