During an appearance on "The Ellen DeGeneres Show" Wednesday, the actress talked about her husband's full-frontal nude scene in "Gone Girl."

"Maybe the reason why it's No. 1 is because he's showing his [penis]," Ellen says.

"I think you're probably on to something. And what I have to say is ... you're welcome," Jen replies. "You know, I try to consider myself a charitable person and I wanted to give back. You give me so much. I wanted to give something back to all of you."

"We certainly appreciate it," the talk show host jokes. "I know you do," Garner adds.

"Now, forgive me if I don't know this. Is this the first time he's been frontal nude in a film?" DeGeneres asks. "Outside of our very racy films? Um, yes," the mother-of-three jokes.

Check out the clip above to hear if Ben (and Jen) were nervous about the steamy scene! 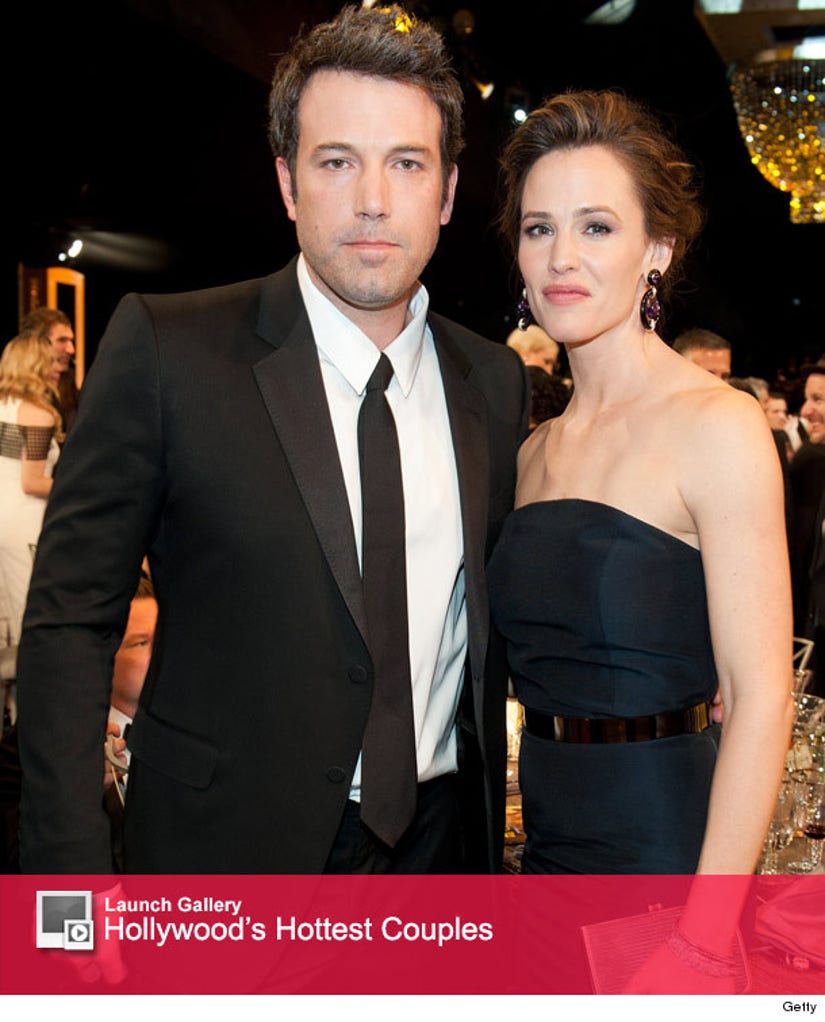 The "Men, Women and Children" star also reveals the truth about her rumored "baby bump," after reports surfaced that she's expecting her fourth child with Affleck.

"Supposedly...you have a baby bump," Ellen declares. "So, I guess you're pregnant again?"

"So I asked around and apparently I have a baby bump. And I'm here to tell you that I do -- I do!" the brunette beauty says with a smile. Garner leaves the audience hanging before admitting that she is only kidding.

"Hold up. Hold right up! I am not pregnant, but I have had three kids and there is a bump," she explains. Watch the clip below to hear more about her "bump."