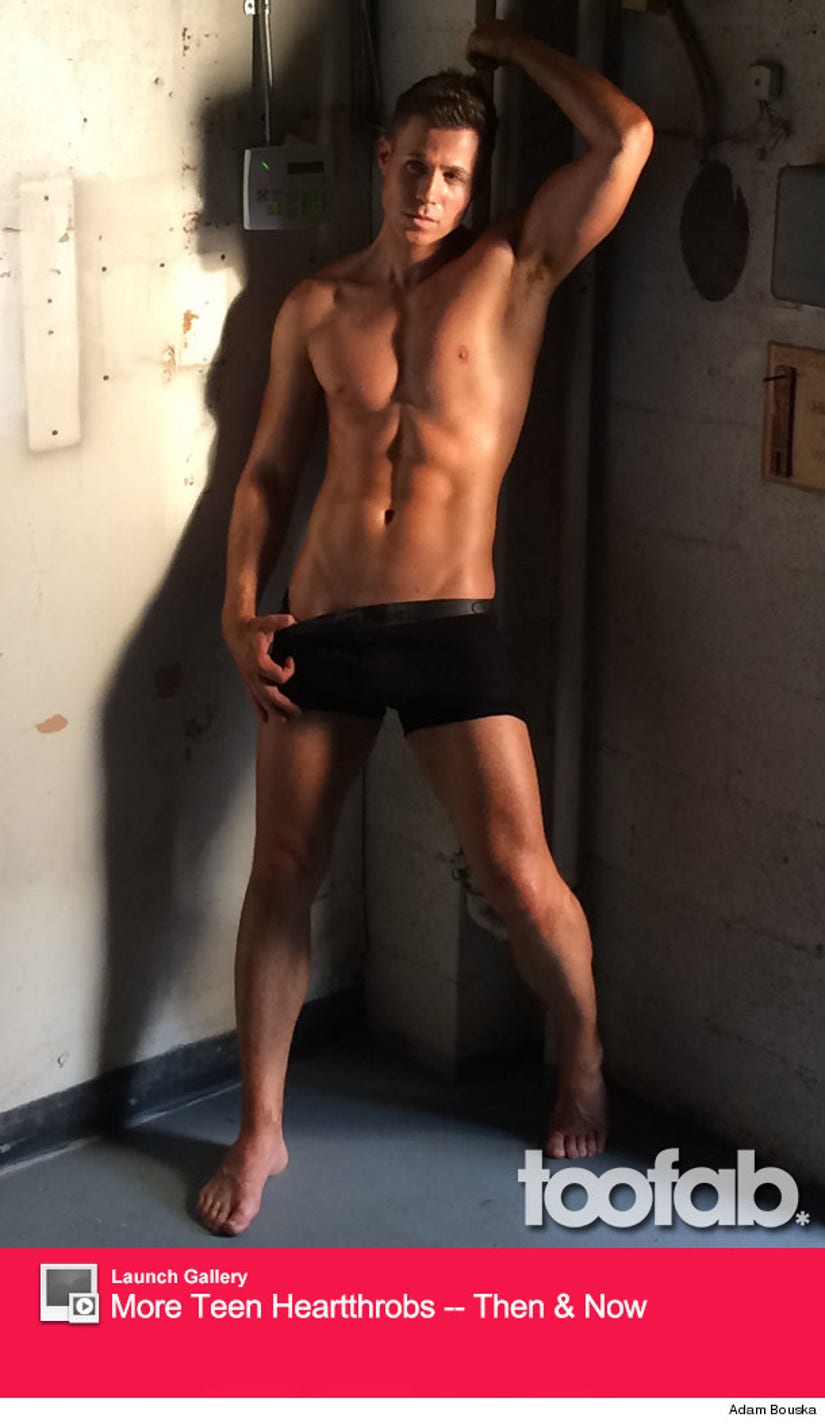 Ashley Parker Angel is showing off his devilish side.

The former O-Town star strips down to a pair of black boxer-briefs in an exclusive toofab image from his latest photo shoot with celebrity photographer Adam Bouska. With his chiseled physique, that smoldering stare and one impressive V down there, the 33-year-old proves he's still got what it takes to make girls (and some men) go wild.

The 32-year-old has been on a health kick this year, previously saying he's "committed to getting in the best shape of my life in 2014" on his Instagram page. "Though I'm not exactly where I want to be yet - I'm as committed as ever to getting there," he said four months ago.

These days Ashley has branched away from music, and now is focusing on film and television projects. He'll also be releasing a short film soon.

The full photo shoot with Bouska will be released in the near future as well.

toofab's Brittany Kyles recently sat down with the singer's former bandmates, where we put them on the spot about Parker's racy modeling pics. See what they said in the video below!