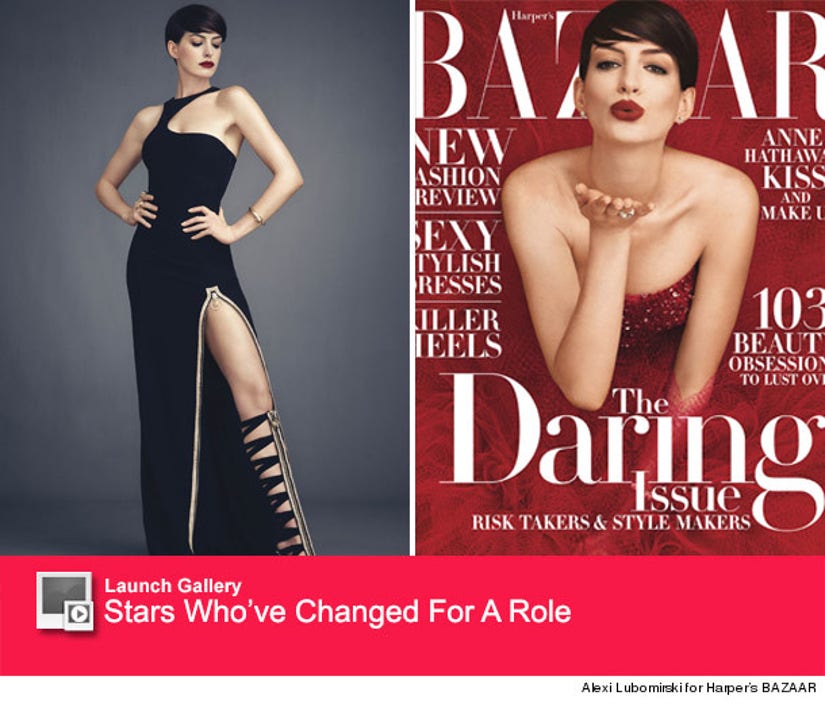 The "Interstellar" star covers the latest issue of Harper's Bazaar, where she opens up about her new space film and making more "daring" choices these days.

When it came to shooting the sci-fi flick with Matthew McConaughey, Anne says that she had to give up her vegan diet to prepare for the intense role.

Hathaway plays an astronaut who journeys to space alongside the "Dallas Buyers Club" star with the hopes of finding a new habitat for the human race after conditions on Earth have become unlivable.

Anne had to wear a 40-pound spacesuit while shooting "Interstellar" in Iceland, and that's when she decided that she had to change her diet. 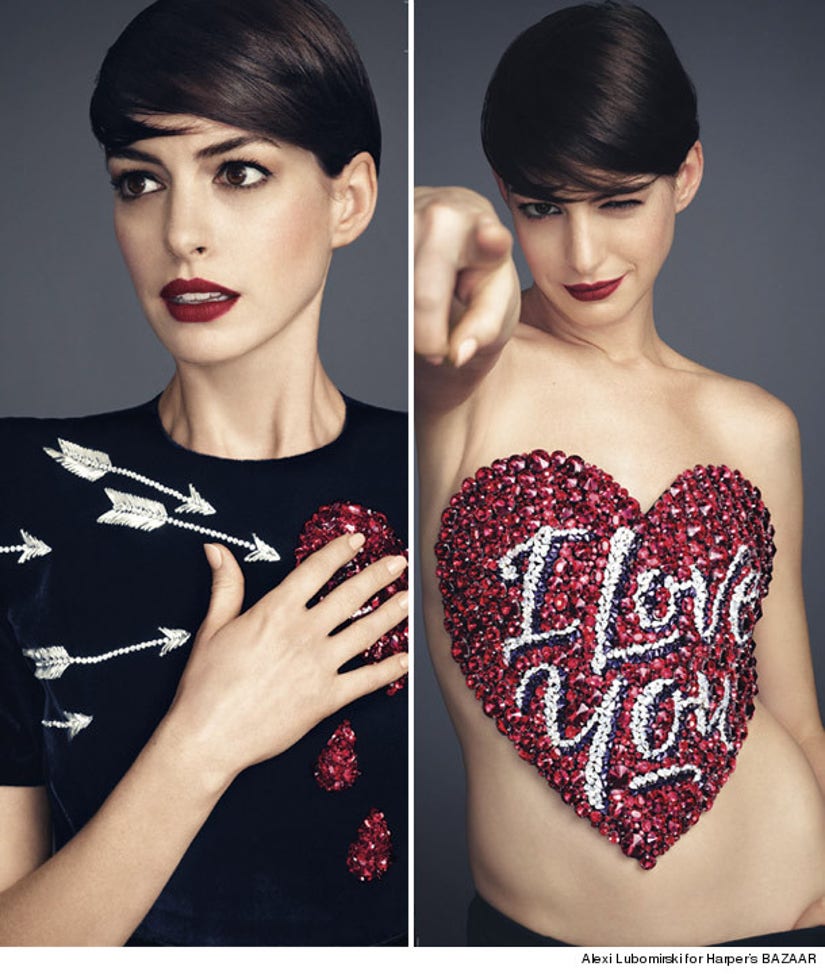 "I just didn't feel good or healthy," she tells the mag, "not strong." The "Princess Diaries" star finally caved in with a fresh piece of fish, "from a stream I could see from where I was sitting," she said.

"[I] just felt better," she revealed, after eating some protein.

The brunette beauty also gushes about her costar. "Matthew McConaughey is the most daring man I know. He never judged himself along the way, and it's all come together for him so wholly and deeply. He is totally himself," she reveals.

As for Anne, she says that she's starting to be more daring too. "I am getting more daring now—I'll wear my mom jeans in public that haven't been tailored 'just so' yet, just because they feel good." she confesses.

We're definitely excited to see Anne and Matt in "Interstellar" -- what do you think about the 31-year-old's candid comments? Sound off below and click "Launch Gallery" above to see more stars who've changed their diets for a role!