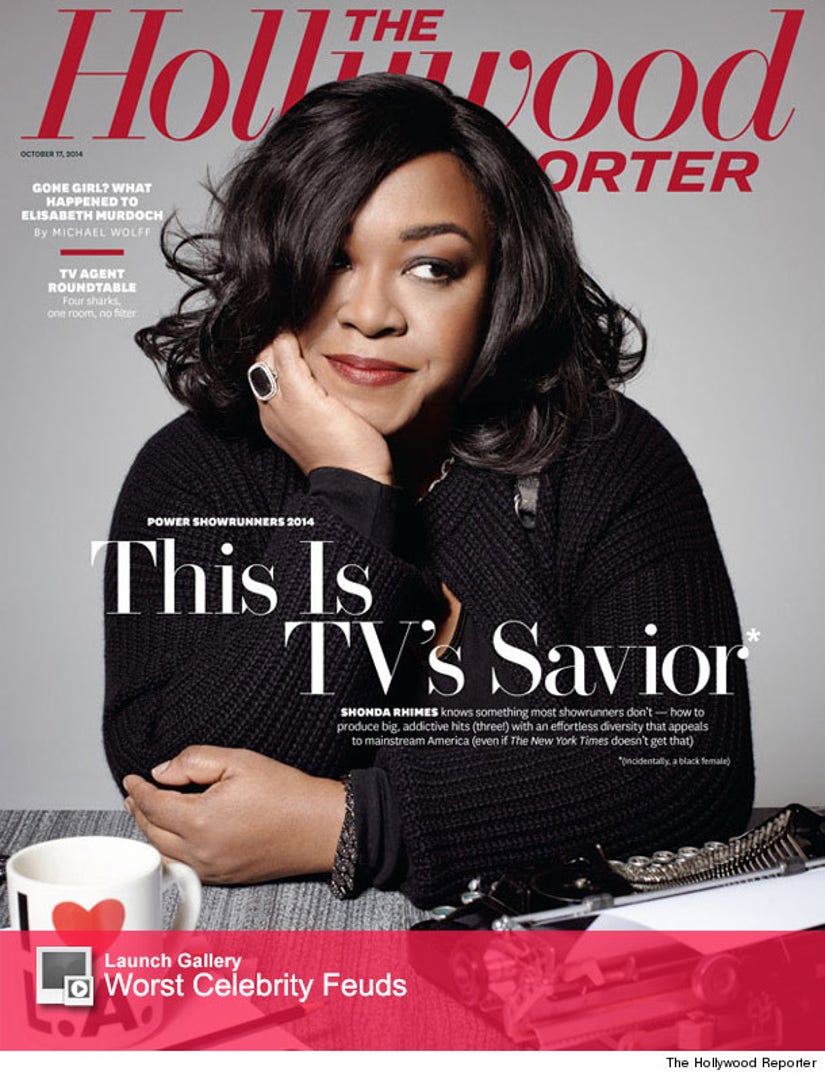 In an interview with The Hollywood Reporter, the "Scandal" showrunner admits she learned some valuable lessons from working with the "Grey's Anatomy" actress.

Heigl famously dissed the show in 2007 when she withdrew her name from Emmys consideration.

Rhimes tells the mag of her "no a--holes" policy on the "Scandal" set, saying, "There are no Heigls in this situation...I don't put up with bulls--t or nasty people. I don't have time for it." 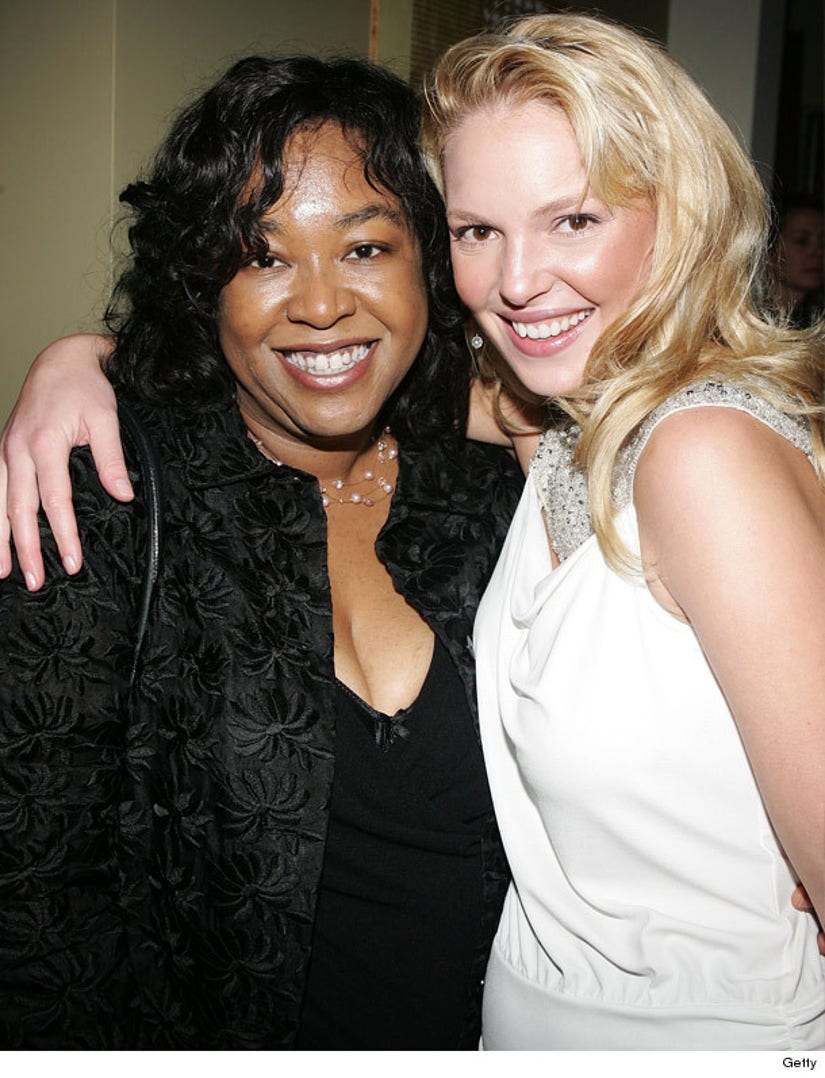 The outspoken star also comments on the recent controversy surrounding a New York Times article that labeled her an "angry black woman."

"Some really amazing articles were written that had the conversation that I've been trying to have for a very long time, which, coming from me, makes me sound like I'm just, 'Rrrraw!'" she says.

"In this world in which we all feel we're so full of gender equality and we're a postracial [society] and Obama is president, it's a very good reminder to see the casual racial bias and odd misogyny from a woman written in a paper that we all think of as being so liberal," Rhimes continues.

Shonda certainly has solidified her spot in the Hollywood hierarchy -- she's now at the helm of ABC's entire Thursday night lineup, which includes "How to Get Away with Murder."