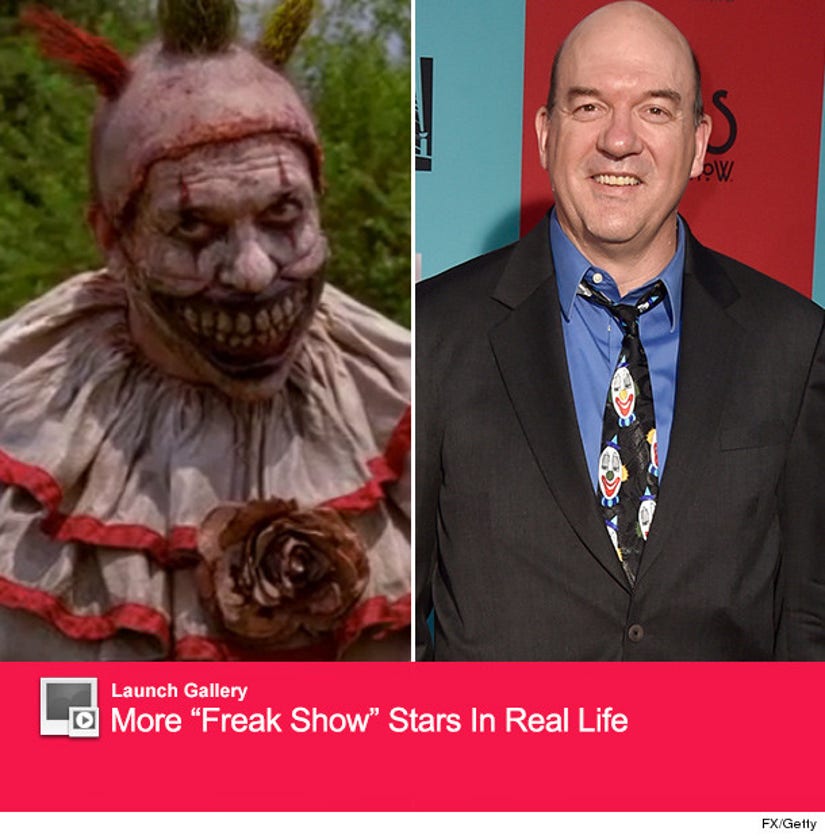 In an episode filled with multiple brutal murders and lobster-handed hookers, it was still a clown that managed to creep everyone out the most in last night's "American Horror Story: Freak Show" premiere.

Twisty the Clown clearly stole the show last night, thanks to his his incredibly disturbing appearance and even more demented behavior. Raise your hands if he gave you nightmares!

From him violent interruption of a young couple's date to his kidnapping of both a young woman and a little boy, this totally effed up killer managed to one-up all the Big Bads from seasons past -- including the Rubber Man and Bloody Face.

But maybe seeing the creepy clown out of his costume might help you sleep a little better tonight, as he's one jovial looking guy in real life!

Twisty is played by John Carroll Lynch, most well-known for his more lighthearted roles on "The Drew Carey Show" and in the film version of "Fargo." That's him sporting quite the appropriate tie to the "AHS" premiere earlier this week.

The actor opened up about playing the walking nightmare in an interview with Cosmopolitan -- teasing what's to come for Twisty.

"Well, you'll find out about his background. There's a reason why Twisty is doing what he's doing and it will unfold over the course of the episodes," he says. "He has a motive and in some ways he has a morality. In some ways his motives are strangely pure and strangely understandable to me. The actual aspect of what he's doing, not so much. But he's trying to work something out."

Wow! THAT's What Pepper Looks Like Out of Makeup?!

The actor was also asked if we'll all find out what's going on with his character's mouth.

Can't wait! Check out the gallery above to see what the rest of the cast looks like in real life -- some of 'em may surprise you. 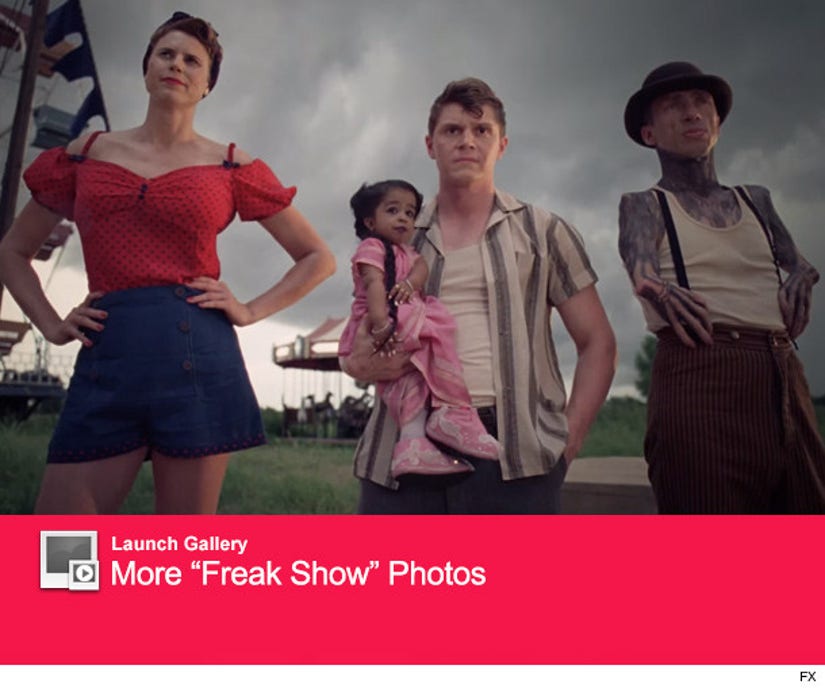